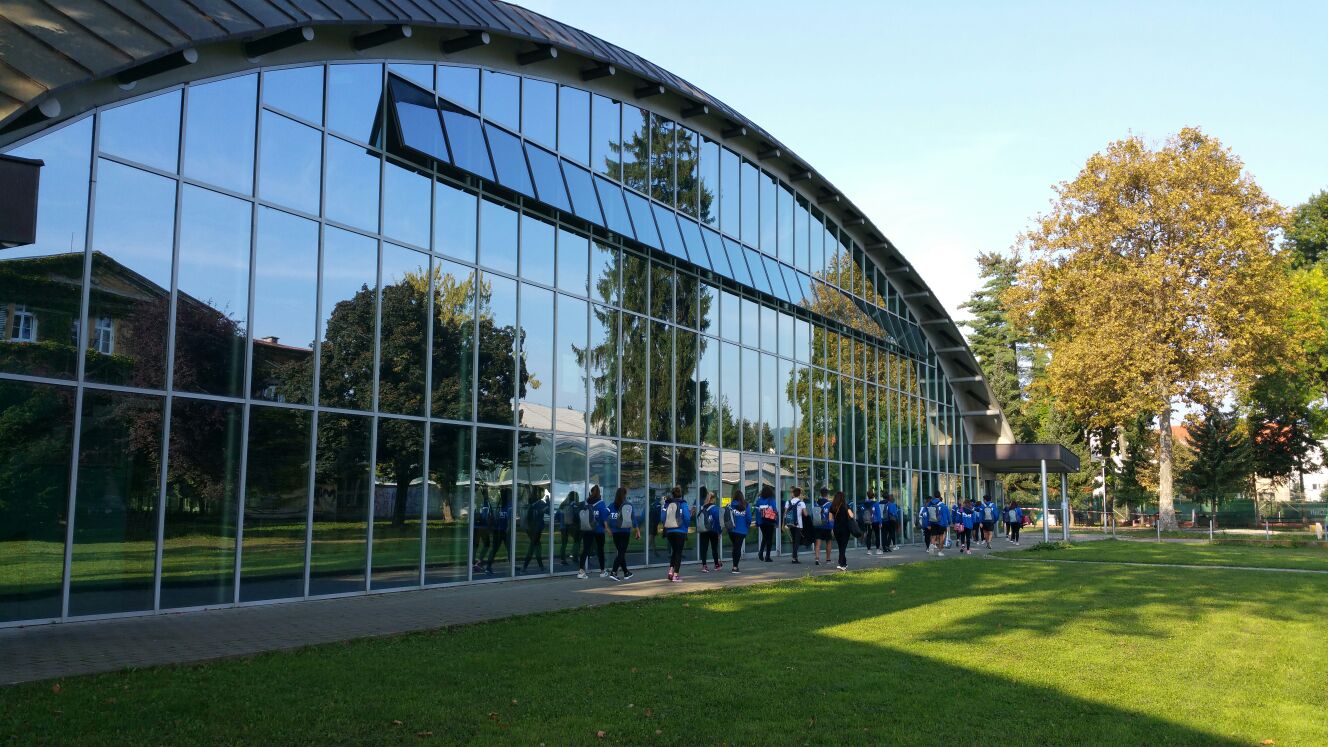 Gymnastics Federation of Slovenia (CCIS) is the organizer of the 11th European Championship TeamGym 2016, under the auspices of the European Union of Gymnastics (UEG). This time the championship took place between 12th and 15th October 2016 in the sports hall of the People’s Garden “Lukna” in Maribor. The 11th European TeamGym Championship is also the 20th anniversary of the first official UEG TeamGym competition, held in 1996 in Jyväskyla, Finland, and marks a new exciting chapter in the history of TeamGym. The slogan of the TeamGym 2016 Championship is Unity – not only regarding the athletes, but also the people involved in organizing this event (about 80 people and 10 volunteers from Slovenia and abroad). During the TeamGym Chanpionship the city of Maribor visited more than 1,500 participants from all over Europe. The organizers offered to all participants the possibility of discovering the city and country at the highest level which definitely proves the city strategy in positioning Maribor as an emerging sports tourism destination and hosting a record number of sport events, with Terme Maribor as the main accommodation provider and activities points in majority of them.

The TeamGym is comprised of 3 disciplines: group composition, acrobatic jumps on the track and jumping male with flexible sheets in different categories: men, women and mixed (youth and senior team). The teams are made up of 8 to 12 contestants, evaluating each competitor. All disciplines require efficient teamwork, excellent technique and spectacular acrobatic elements. Event TeamGym is first dedicated to sport, but also previous championships confirm the desire of young athletes to learn about new places, people and especially socializing. It is believed that the TeamGym Championships 2016 in Slovenia will increase the popularity and boost the interest of the discipline in the countries across the north and east coast of the Adriatic Sea.