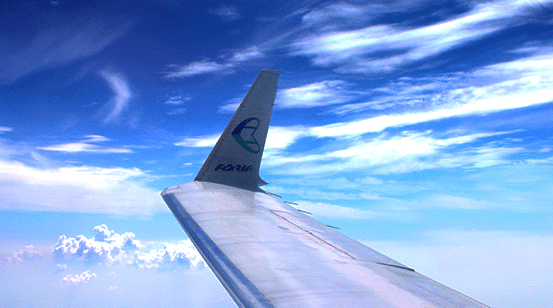 Adria Airways carried more than half a million passengers while increasing the number of its own scheduled flights and flights under ACMI (wet lease) agreements for their airline partners. The airline also increased its operating revenues.

In the first half of 2018, Adria Airways carried exactly 577,233 passengers, which is an increase of 8.6% compared to the same period last year.

The company also increased the number of its flights by 2.4% compared to the first half of last year, which means that it flew almost 10,000 flights in the first six months.

The number of flights under ACMI agreements, which is now being used by more and more airlines, has also increased substantially. The company performed more than 3,300 such flights.

Holger Kowarsch, managing director of Adria Airways, said: “In the first half of the year we took on many challenges and with the upcoming winter season when revenues are traditionally weaker, we will keep our focus on the long-term, sustainable growth of the company.”

In addition, the load factor for Adria’s scheduled flights was better in the first half of the year by just under 2%, compared to the same period last year, amounting to 63.9%.

Compared to the same period last year, the company increased operating revenues by 17.7% for the first half of 2018.

The commercial aspect of the business is directed by Christian Schneider, Adria Airways’ Chief Commercial Officer: “The first half of this year was good, and from a commercial point of view, the period was marked by a number of factors that influenced the entire aviation industry as well as individual airlines. The specific conditions and global dynamics required constant adjustments from our side, which resulted sometimes also with the unfulfilled expectations of our passengers. From the winter season moving forward, I expect more stability, and our dedication will be aimed at restoring our customer’s confidence and improving the quality of services. “

Video interviews: Winning bids for international congresses with the help of the Slovenian Convention Bureau

IBU Biathlon World Championship as an important event for Bled