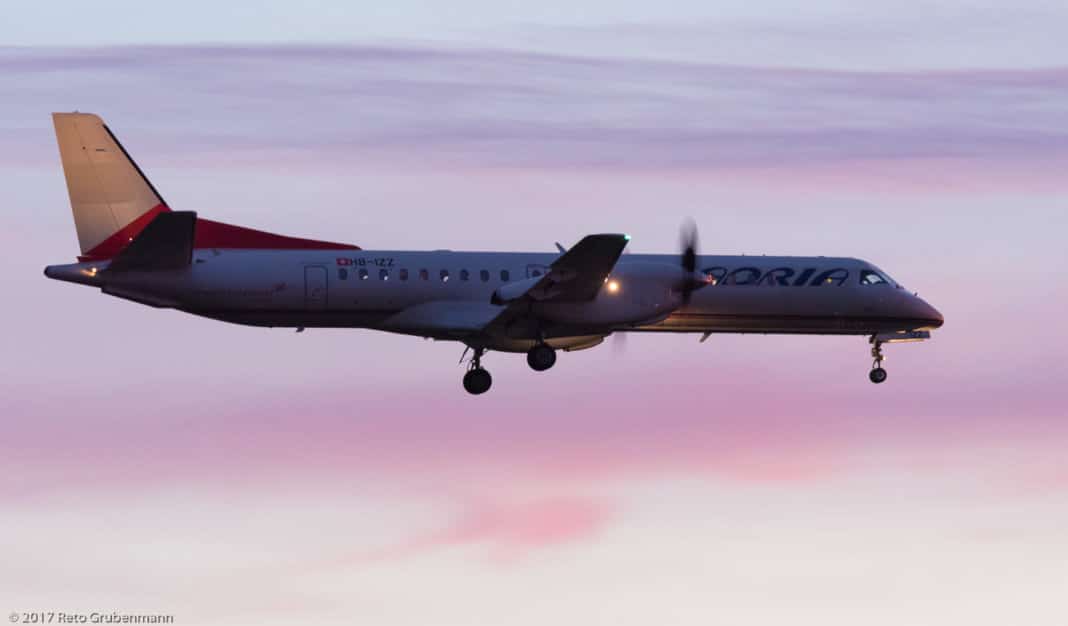 Adria Airways has the largest fleet aircraft in its history. The company adds 6 Saab 2000 aircraft and will operate with total of 21, continuing with its positive trend in business and stable growth. The additional aircraft are expected to begin operations at the beginning of September.

Adria Airways adds six additional aircraft to its existing fleet of fifteen aircraft. In addition to three Airbus 319s, nine Bombardier CRJ900s and three Bombardier CRJ700s, the additional six Saab 2000s will fly to a selection of the 25 Adria destinations. Adria Airways will manage its flight operations with the fleet of 21 aircraft, which is also the largest number of aircraft in the history of the Slovenian airline. By adding six additional aircraft, the Slovenian carrier equals the largest fleet by number of aircraft in the Balkans.

“I am extremely proud that today we have achieved a very important milestone in the history of the Adria Airways. The latest acquirement confirms our commitment to investing in the company’s development since our acquisition of the company. Our goal is to keep growing and strengthening, and we believe that we are able to further transform the company into a stable, strong and important carrier in the region, by developing it for a prosperous future”, said Holger Kowarsch, Managing Director of Adria Airways.

Under the private ownership of 4K Invest, Adria Airways is developing into a strong and important regional airline. The period of stabilization and optimization of operations after the acquisition will be followed by a period of intensive company growth. This year was already marked by the expansion of company’s existing scheduled network with seven new destinations, the number of weekly flights and the number of employees in the operational sector.

Christian Schneider, Chief Commercial Officer at Adria Airways, also welcomes the acquirement of additional aircraft: “Being competitive in these demanding and dynamic market conditions, we are constantly looking for new commercial opportunities and, above all, continuously improving existing services. The satisfaction of our passengers is our priority, and by acquiring these six additional aircraft, we can absolutely deliver on this promise.”

Adria Airways will lease six 50-seat aircraft from American company Jetstream Aviation Capital LLC. Based in Miami, Jetstream is the largest global lessor of Saab regional aircraft. The Saab 2000s will carry out flights primarily on Adria’s scheduled routes, but also have the possibility of being leased out on an ACMI contract to other airlines.