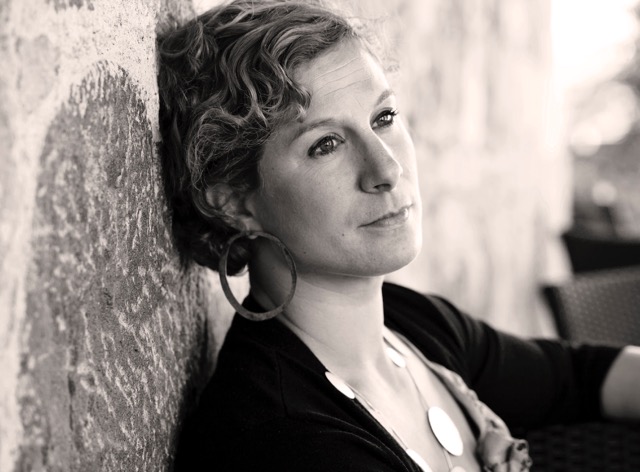 Cooking was never the intended path for Ana Roš – especially not in the eyes of her father, a doctor, and her mother, a journalist from a family of diplomats. But her work and studies towards diplomacy came to an abrupt end when she met husband Valter and decided to take over his parents’ restaurant in Slovenia’s remote Soča Valley.

She took on the kitchen at Hiša Franko with no culinary training, no experience in running a restaurant and no real desire to give up her ambitious career plans. Almost 20 years later, she has put her country on the gastronomic map, starred in her own episode of Netflix’s hit series Chef’s Table, and been voted by her peers as The World’s Best Female Chef.

That Roš wasn’t born with a particular desire or passion for cooking has never mattered. She excels at everything she turns her hand to – from languages (she speaks five) to sports (she skied on the Yugoslav national team until the age of 18) to academia (she has a degree in international and diplomatic science). Naturally, then, she turned local restaurant Hiša Franko into a place that would garner international attention – but it wasn’t without its challenges.

Having gained its independence only in 1991, Slovenia in the 90s wasn’t a hotbed of creativity. Waking up after decades of communism’s relative isolation, it gained the freedom to reimagine local cuisine, rather than taking on myriad global influences. Hiša Franko was a popular restaurant run by Roš’s parents-in-law but it was the free-thinking chef who turned its menu around, introducing creative dishes based on hyperlocal ingredients. Part of the change came from Roš’s curiosity and desire to play around with the region’s produce.

Roš’s mother-in-law had a garden and a lake from which she fished trout to feed the family, but she didn’t use these homegrown ingredients in the restaurant. Roš had her eureka moment when she saw a farmer growing sunchokes and feeding them to the pigs and wild boar. She decided to start cooking with the sunchokes and soon the farmer followed suit. Her curiosity sparked that of the locals, who turned their attention to previously ignored and misunderstood produce.

Roš brought these ingredients into the restaurant, adopting a “zero kilometre” approach and building a food chain of around 60 people, which in turn helped the community to re-establish lost traditions. She began to apply and combine ingredients, creating beautiful dishes such as trout and its liver with white asparagus and pink grapefruit, while Valter, who doubles as the sommelier, started ageing local Tolmin cheese in their cellar.

Although there are no Michelin stars in Slovenia and the country is somewhat overshadowed by the culinary successes of its neighbours – Italy and Austria, in particular – Roš has propelled Hiša Franko onto the global gastronomic stage and earned her place among the world’s top cooks. The cosy family restaurant, located in an idyllic rural setting overlooking the lush Soča Valley itself, now attracts customers from across the globe to sample Roš’s unique five- and nine-course tasting menus.

Throughout the past century Hiša Franko has changed many roles. Legend has it that Ernest Hemingway, having been wounded on the Isonzo Front, recovered in this very house. In a room overlooking the courtyard he is said to have written passages of his famous A Farewell to Arms. Be as it may, Hiša Franko was a roadside inn, a village mill, a countryside mansion, a hospital during the First World War, a huge agricultural estate, and now finally the Hiša Franko of today, which refuses to be a classical hotel or a fine dining restaurant. It is simply – Hiša Franko. “Our home, your home.” as they say. An enchanting countryside house and estate where three generations of the family live each on their own floor. Behind the house lies a sprawling herb, flower and vegetable garden, and beside it a lively murmuring creek, home to their small pod of trout.

She follows in the footsteps of Dominique Crenn, Hélène Darroze and Anne-Sophie Pic as The World’s Best Female Chef and says she’ll use the award to change the perception of her tiny country’s culinary status. There seems little doubt she will succeed.

“We always built our story on long term – Hiša Franko is our home; we have no investors, no partners. Whatever we do, we need to survive with it. So I think it’s a great occasion for the whole region, gastronomically.”

Last year, international meeting planners got introduced to Slovenia Meetings at various MICE workshops in Europe organized by the Slovenian Convention Bureau; also through the exquisite culinary sessions guided by our incredible chef Ana Roš and her partner Valter Kramar, who is an exceptional connoisseur of wines and cheeses.