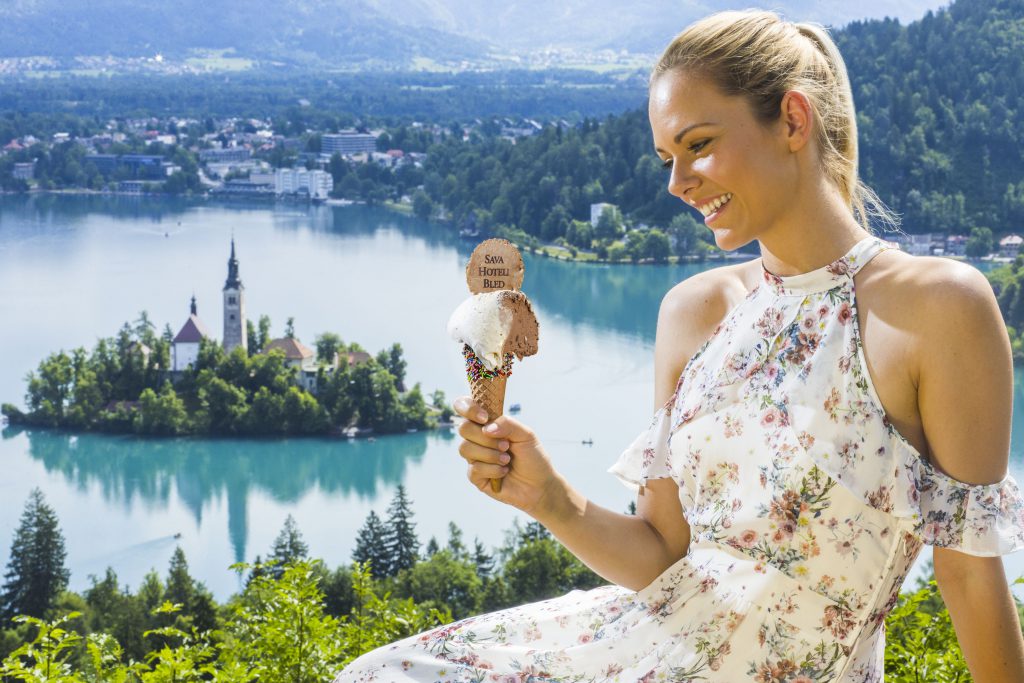 SoolNua’s #worldICECREAMindex celebrates and recognizes the central role that ice cream plays in defining a destination and highlighting its authenticity and originality. Slovenia became the world’s  No. 1 ice cream destination for a second time.

This year’s rankings were no less competitive than back in the first ever competition in 2015, when the No. 1 spot was a very tight race at the end & Slovenia won in all competition categories. The initiative was launched in May 2015 at IMEX Frankurt by Irish agency SoolNua.

Top of the list was Slovenia, followed by Washington DC, USA with Sweden in third place. The best ice cream store in 2017 is Ice Cream With a View by Sava Hotels & Resorts, situated in picturesque Bled which was declared also 2017 Winner Destination City at SoolNua’s #worldICECREAMindex competition. Bled stands out among other congress destinations in the region & truly is an image of heaven lying at the outskirts of the Triglav National Park, one of Europe’s oldest, in the heart of the Julian Alps from where captivating vistas open up on all sides of the horizon.

Come to Bled and treat yourself to some authentic Slovenian ice cream with THE view & don’t forget to share your photos with us on social media with #sloveniameetings and #worldICECREAMindex.

Big thanks for supporting us. ?