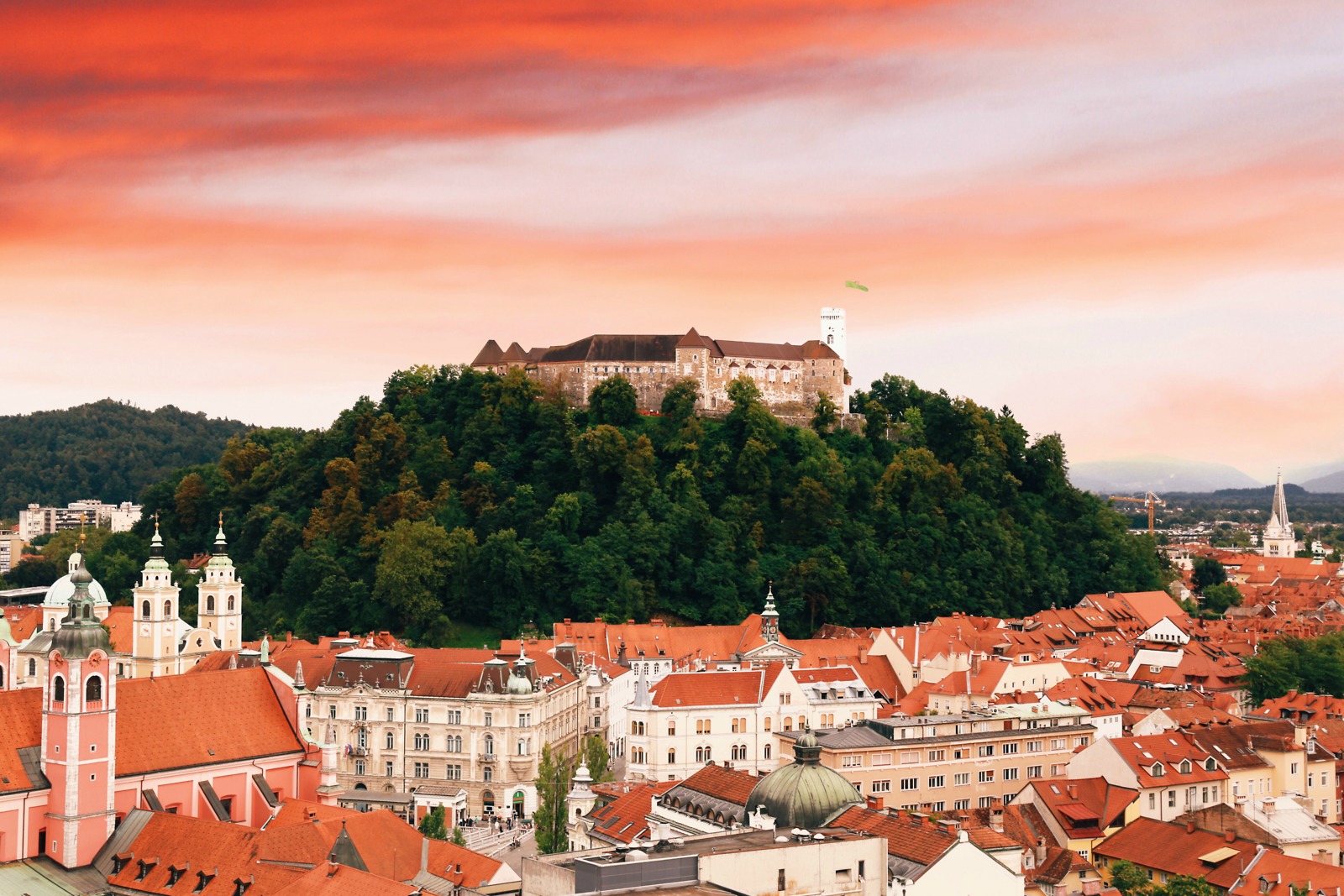 Slovenia delights with its many faces. Here, events and meetings can be organized in the Alps, the Mediterranean or the Kras, in spas, castles, on beautiful lakes and in busy urban centres. This time we’re focusing on MICE in the cities, which tend to work hand-in-hand with their green surroundings, providing parallel experiences of the urban pulse and genuine nature. Wherever you find yourself in Slovenian cities, you’re sure to experience a diversity of features and sights, feeling the essential touch of the people’s hospitality. The petite size of our country is also its great advantage, unique in its colourful diversity of experience where distances are tiny and everything is within reach.

Our renowned writer Brina Svit, speaking in Paris at a promotional event organized by the Slovenian Convention Bureau, described her country thus: “Slovenia, the destination with the best location.” Rings true, in more than one context – geographical, cultural, social, economic … and great chemistry happens when all these factors come together. The appeal of our destinations lies precisely in their multi-sensory palette of emotions, the excitement of large variety on a small scale. Telegraph, for example, offered the following on the matter:

“Tiny Slovenia has a store of attractions and activities – from Venetian coastal towns to white-water rafting – to rival a country many times its size. Though Slavic to the core, it has a cuisine, a culture and even architecture that has been greatly influenced by its neighbours, Italy, Austria and Hungary. The incredible mixture of climates here brings warm Mediterranean breezes up to the foothills of the Alps, where it can nonetheless snow even in summer. And with more than half of its total area covered in forest, Slovenia really is one of the greenest countries in the world. But for me, the country’s greatest single attribute is the Slovenes themselves: quietly conservative, deeply self-confident, remarkably broad-minded, especially tolerant and very, very hospitable.”

Certainly, Slovenia leaves no visitor indifferent. Impressions such as the above offer more proof that sometimes, the best things come in the smallest packages – with their own air of enchantment.

Difficult to pronounce, easy to fall in love with. Beloved Ljubljana!

Coincidence or not, the spelling of the Slovenian capital’s name is nearly the same as our word for “beloved” (ljubljena). Indeed, Ljubljana, European Green Capital 2016, is so lovely, lively and green anyone can fall in love with it at a glance. Slovenians are proud of their sustainably-oriented metropolis boasting 542 square meters of public green spaces for each inhabitant, untreated natural drinking water, friendliness to pedestrians and cyclists, and an overall flair of sparkling excitement. The capital offers not only rich cultural happenings and extraordinary architecture, but also resembles a fantasy location, being overlooked by a Medieval bastion – the Ljubljana Castle reigning picturesque over the landscape. It was here, as legend has it, that the Greek hero Jason fought the mythical Ljubljana Dragon, now a charming symbol of the city.

On the national scale, Ljubljana has the largest conference capacities, offering high-quality facilities for event organization with up to 2.200 participants. The city’s nifty advantage is also its relatively small size and compact nature, which lets attendees simply walk between the conference setting and other locations involved in their program. Both congress centres, many conference hotels and event venues are namely all found in downtown Ljubljana. Event organizers often say it’s a logistic piece of cake. Ljubljana is truly full of surprises – small in scale, boundless in hospitality and quality of life.

Where the Wine Routes follow the shape of the heart

Maribor is Slovenia’s second biggest city, and the home of the world’s oldest vine. Here, too, the dominant theme is green – the embrace of Pohorje’s wonderful forests and rolling winegrowing hills. The merry centre of the Štajerska (Styria) region thrills with its extraordinary wine tradition, outstanding cuisine, egregious and zesty people, fun events throughout the year, proper eco tourism nearby and, not least, its famous championship spirit. The surroundings of Maribor offer some unique options for outdoor activities where a return to the first principles, to Mother Nature, is but a pleasant trip away. In addition to all the above, Maribor is a business, academic, cultural and political hub of eastern Slovenia. Increasingly, the capital of Štajerska is also becoming known as a distinguished host of congresses, conferences, incentives and other business and expert meetings.

The Goriška region rests at the crossroads of four winegrowing districts (Goriška Brda, Kras, Vipava Valley and Collio), a stone’s throw from the emerald beauties of the River Soča whose surrounding peaks offer marvellous views of the Adriatic. In addition to its conventional conference offer, Nova Gorica and its surroundings provide a wealth of curious opportunities for the organization of business and expert meetings and incentives. Here, too, lovers of nature will have their day, along with fans of cultural events and sports, adrenaline addicts, foodies (especially so), photographers and many more. Perhaps you’d like to climb the comfortable Sabotin, a pleasant lookout point across the beauties of Soča and its railroad bridge with the greatest stone arch in the world – built during the times of the Austro-Hungarian Empire? Feeling inspired for your next incentive yet? The choice is yours!

Knowledge is power. Networking is a super-power

Albert Einstein, perhaps humanity’s greatest mind, famously liked to say “imagination is more important than knowledge”. A core component of business and expert meetings thus, next to knowledge exchange, networking and motivation, is also creativity. In this light, the Slovenian Convention Bureau in November prepared an education-motivation conference for the domestic expert public on the subject of key guidelines for the successful positioning of Slovenia’s cities as an attractive destination for business meetings with a focus on diverse incentives.

The informative part of the conference ran under the guidance of Mr. Gorazd Čad, noted regional congress and tourism marketing authority, who presented the latest industry trends in the content and digital marketing spheres, on the case example of city & surroundings business incentive program. The second part was shaped as a creative incentive experience, involving the conference participants in fun tasks under the tutelage of Mr. Matjaž Jug from an agency specializing in teambuilding programs.

After the experts shed their light on the importance of content and creative copy in the digital world, participants engaged in brainstorming based on the innovative “Event Canvas” method. The fun competition resulted in a range of fresh ideas popping up one after another. All three groups designed some exciting proposals for the challenges and tasks of the subject at hand, presenting creative incentives in the region using modern digital media.

Certainly, the superheroes of congress tourism in Slovenia are the providers of the services and products – the people. As we’ve already stated, these are our key competitive advantage. Working in the meetings and events industry, namely, is full on. It’s much more 24-7 and a lot less 9 to 5. It requires a yes-we-can attitude, an ability to roll with the punches and, of course, a 24 hour smile. That’s professionalism, Slovenian-style!

Harvesting the Fruits of Teamwork