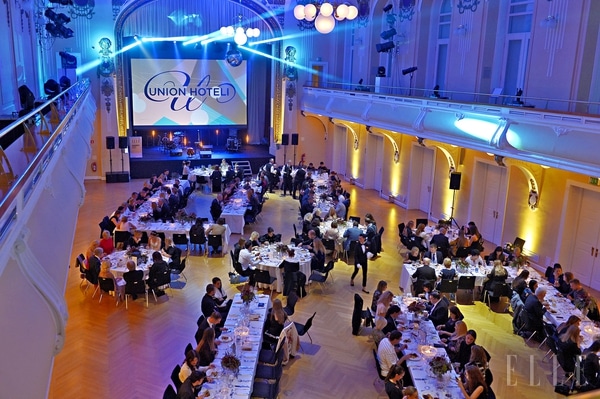 The prestigious Elle Style Awards 2017 were bestowed at the Grand Hotel Union and in their beautiful Art Nouveau designed and biggest hotel congress and banquet hall. The event gathered quite a few famous Slovenians who came to support the nominees and Elle magazine.

For the fifth consecutive year, Elle Slovenia magazine has hosted a prestigious and internationally recognized Elle Style Awards 2017 event. In the elegant ambiance of the oldest hotel in Ljubljana, the Grand Hotel Union, individuals who convinced Elle with their energy and a distinctive presence received awards for special creative achievements. The awards were bestowed to the creators, whose lifestyle is an inspiration, have a great sense of beauty and are creative without any borders. The legends, icons, who cannot be overlooked are working in the field of fashion, music, theatre, television and high-end cuisine.

The highlight of the Elle Style Awards 2017 was the Elle Lifetime Achievement award. The legendary photographer Stane Jerko, who broke new ground with his activeness in Slovenia and left an unforgettable mark, received it. The photographer filled almost most of the prominent media with fashion and other photography’s during the years of his activeness but is still the most recognizable by photos of Melania Knavs, known today as Melania Trump. Since he was directing Melania on the path that led her to the title of the US First Lady, journalists from all around the world are visiting him.