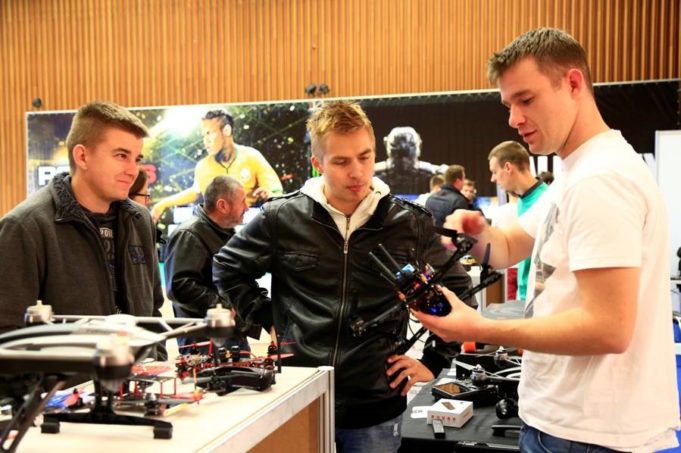 This weekend, GR – Ljubljana Exhibition and Convention Centre – Ljubljana Exhibition and Convention Centre will be hosting Comptech, Fair of consumer electronics, informatics and photography and from 18th until 20th November 2016, all electronics lovers will get the chance to explore the magnificent world in the technological field of consumer electronics, technology, photography, multimedia, modelism, robotic, amateur radio, and more.

Comptech is a modern fair for all generations, dedicated to people of all ages, interested in discovering the novelties of presented exhibitors, taking part in the educational workshops, competitions, prize games and other events.

Comptech is already becoming a traditional event, visited by thousands of visitors every year and this year the fair will present itself on almost 3.000 m² and again it will present also recurring gaming experience taking place at the Comptech Fair – the Gaming Tournament, where visitors will have the opportunity to participate in the gaming competition. The visitors will also have the possibility to try the most played games on computers and consoles for free and compete for symbolic prizes, try the stimulator of racing games, become action heroes in the virtual world and many more other interesting activities that will make every gaming lover wild. The Comptech will also present the exhibition and presentation of history of the most popular gaming consoles of all time, Playstation.

GR – Ljubljana Exhibition and Convention Centre and the organizer expect several thousand visitors during the three days of the fair Comptech and on the gaming competition part with rich prize and material awards about 500 participants.