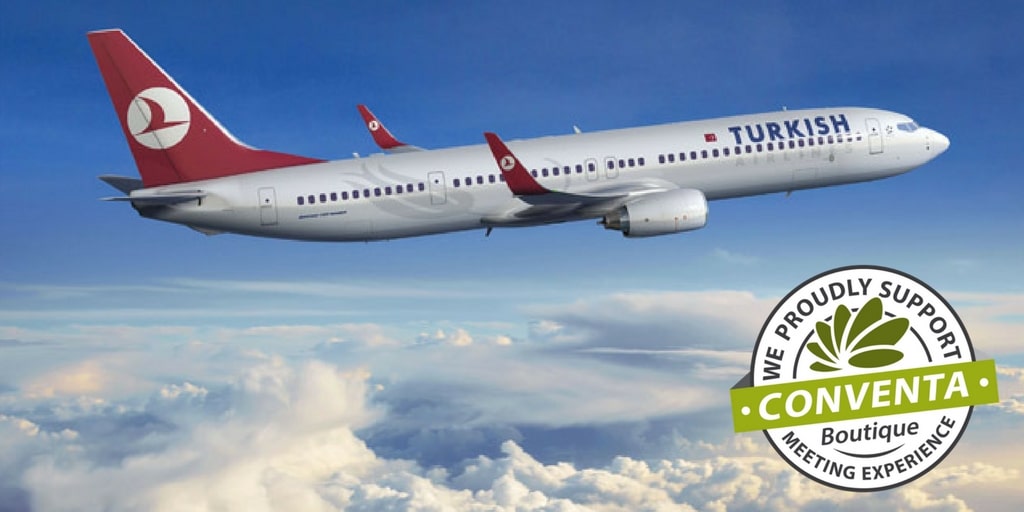 Conventa, the New European trade show for meetings, events and incentives, is for the second year in the row joining forces with Turkish Airlines, the flag carrier of Turkey and “Best Airline Europe”. Turkish Airlines is again inviting its 10 best clients to come to the show as hosted buyers from Turkey.

Conventa has already hosted Turkish Airlines representatives in Ljubljana this year when Ms. Leyla Koray, MICE Manager at Turkish Airlines, spoke at Conventa Crossover Conference. Now, that the focuse has turned to Conventa show, the organizers are extremely happy to be able to renew and strengthen their alliance with Turkish Airlines also for the trade show taking place in January 2017 in Ljubljana.

Since the interest from the Turkish meeting providers in Conventa is growing year by year, the organizers are honoured that  Turkish Airlines supports the show so strongly. Let’s not forget that the Turkish national air carrier has been a member of the world’s largest airline group, Star Alliance since 2008 and is flying to more countires and more international destinations than any other airlines.

Based on the agreement, the Turkish Airlines that has a fleet of over 330 aircrafts flying to over 290 cities around the worldand and providing  10weekly frequencies from Istanbul to Ljubljana (and v.v.)  during Winter 2016-17 Schedule, will invite to the show 10 representatives of important DMCs, PCOs, incentive agencies and tour operators from Turkey. Turkish Airlines will also exhibit at the show and will be available for one-to-one meetings with hosted buyers interested in its services.