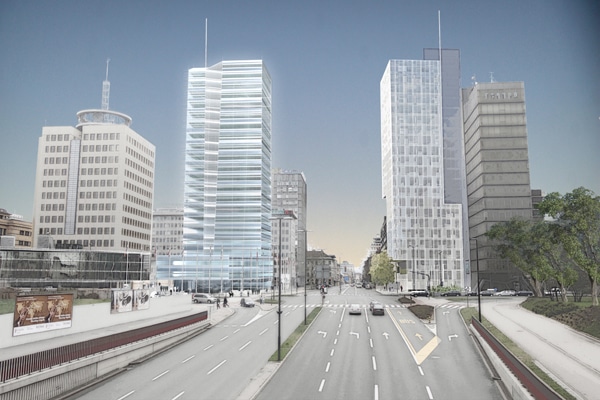 The news that we previously posted about a Crowne Plaza Hotel being built in Ljubljana was officially confirmed on Friday, with Serbian delegates of Delta Holding signing a building contract for it.

Delta Holding vice-president for strategy and development, Marija Desivojević Cvetković, and Izet Rastoder, Director of the company Rastoder, a fruit salesman and first man of the Olimpija football club, were there to sign the agreement as landlord of the site where the hotel will stand when completed.

The Serbian company plans to build a luxurious hotel, set to have 23,000 square meters of surface over 20 floors, according to the statement given by Delta owner Miroslav Mišković. The hotel will be built at Bavarski Dvor in Ljubljana, finally transforming an ugly construction hole in the city centre into a purposeful city use. The site was first intended for a business use/residential facility, but the mayor considers it the perfect location for a new hotel. As yet the start date for construction remains uncertain.

The location also impressed representatives of the Intercontinental group, who will make a decision on which hotel chain to put the new hotel in. “Ljubljana is a fantastic city and I hope that we will soon be here,” said Didier Boidin, Intercontinental Hotels group vice-president.