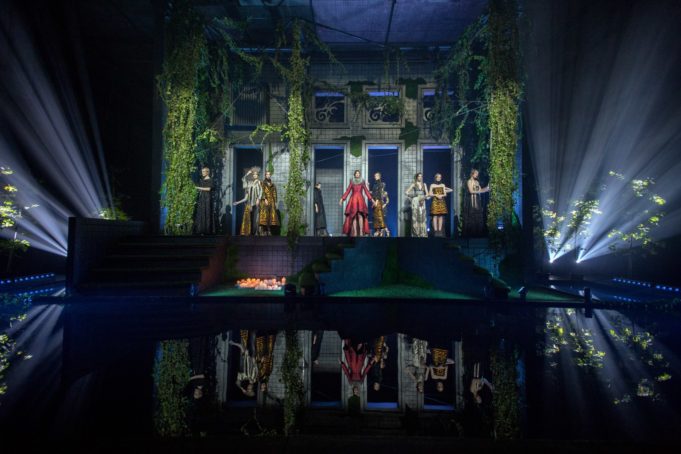 An immediate thought when mentioning the name of Cankarjev dom, or CD Congress Centre Ljubljana, is top cultural productions that have been delighting audiences for more than three decades, as well as prime international scientific events which have gathered a high number of renowned academicians, researchers and experts in the Slovenian capital. But there is more to it …

The building, set in the city centre and overlooking its main modernist square, is in the vicinity of the major national institutions. Its location, the Republic Square, is paramount to Slovenia in terms of urban, architectural and symbolic relevance, and is since 2014 protected as a cultural monument. At the time when it was gradually created – from the early 1960’s to the early 1980’s, the image of this area was completely overhauled. On a symbolic level, Republic Square is associated with events that have transformed the history of Slovenia during its passage to independence, which was reached 25 years ago.

An Ideal Blend of Different Concepts

And here is a fine example of a successful blend between different concepts – lifestyle, design and architecture. Fashion is not just what we wear or consume, but is also connected to venues where it is presented to professional and general public.

When Mercedes-Benz Slovenia, the local organiser of Mercedes-Benz Fashion Week Ljubljana (MBFWLJ), searched for a suitable venue, CD came up as a smart choice. In present times, when tighter budgets may pose a restriction to the planners’ imagination, a series of magical events (two per year, as of October 2015) has been created, each surpassing the previous one in terms of unorthodox setting and superb execution. The MBFWLJ stands out as something different and highly original in the event arena.

Saying that in this specific week fashion rules in the city we think it literally. The MBFWLJ has definitely brought a breath of cosmopolitan flair to Ljubljana – a lifestyle defined by freedom, creativity, exclusivity and uniqueness, complemented by the artistic aspects of more extravagant theatre staging. Both, the great functionality and flexibility of Cankarjev dom – CD Congress Centre Ljubljana thus came into full light, while high-end fashion was under the limelight.