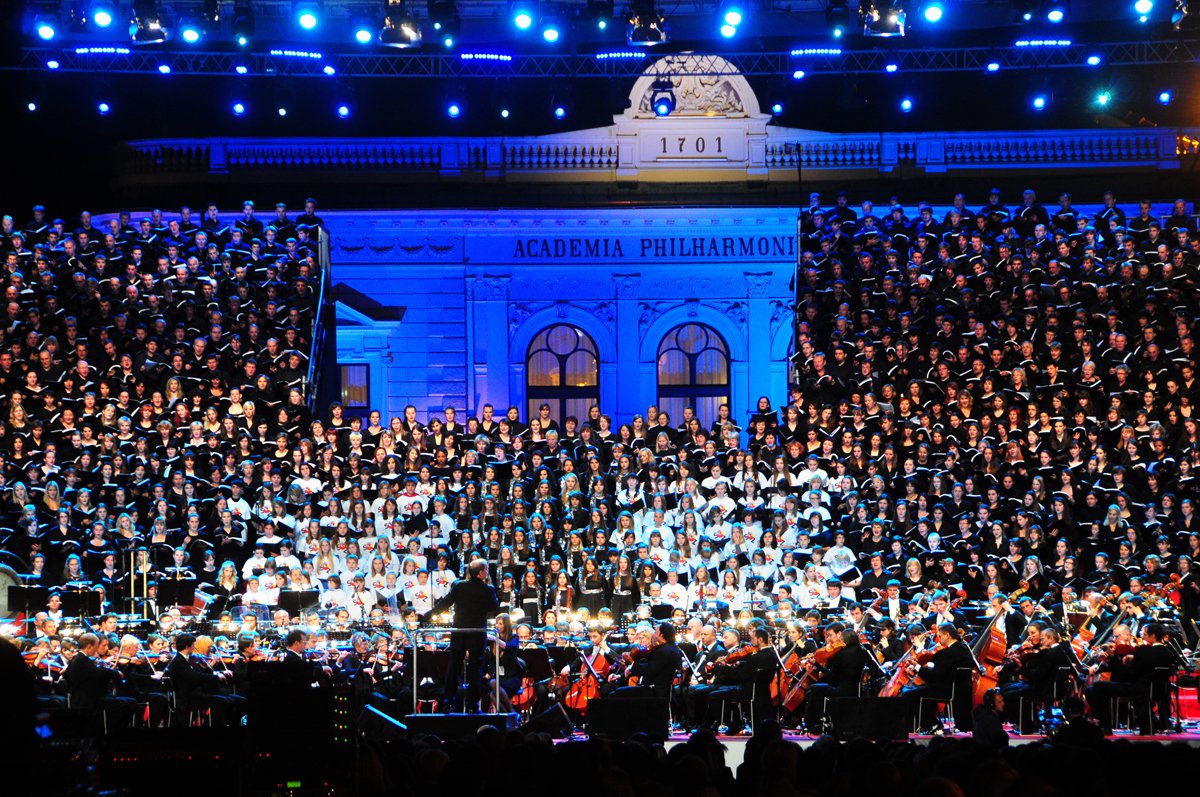 An important aspect of Slovenian culture are diverse cultural events which are very well-attended. Slovenia annually hosts many cultural events that enjoy international recognition. Among the most notable are the Ljubljana Biennial of Graphic Arts (which has gained a reputation as one of the greatest European visual art events), the annual Ljubljana Summer Festival, Festival Lent in Maribor, the Liffe film festival, the Exodos festival of dance arts in Ljubljana, the Ana Desetnica street theatre gathering, the PEN Writers’ Meeting in Bled, the Vilenica Writers’ Meeting in Sežana, and the Biennial of Industrial Design. Especially important in this respect is the Cankarjev dom cultural and congress centre in Ljubljana, a member of the network of the most prominent global cultural festivals, which is Slovenia’s window into the world in the field of exchange and cooperation of Slovenian and foreign artists.

Each summer, the city life of Ljubljana is livened up by numerous festivals and most of them are open-air. The city centre festival season traditionally starts in June with the Ljubljana festival and ends with Nights in Ljubljana Old Town at the end of August. Check out Ljubljana’s summer cultural highlights in 2016.

Throughout the summer, Maribor and its surroundings host numerous cultural, sport and culinary events, there truly is something for everyone. One of the most recognizable events that Maribor is definitely the biggest Slovenian open-air festival Lent which brings many local and international guests to the city. Festival’s diverse vibe is reflecting in sounds, colours and tastes. It takes place all around the city – squares, parks, streets and by the Drava river bank.

Since 2013, Odprta kuhna (Open Kitchen) is the most popular food market in Slovenia. Every sunny Friday from early spring to late fall its stands attract thousands of foodies and fans of relaxed hanging-out. Odprta kuhna is occasionally hosted also in other Slovenian towns, such as Celje,  Koper and Nova Gorica.

Slovenia hosts major sports events with top competitors from around the world. Recreational sports enthusiasts also have many events to choose from, such as walks, marathons and biking marathons.

During a course of a year, Slovenia hosts events of all kinds, from concerts and festivals, to sports & recreational events, to ethnological and culinary events. There is literally something to suit everyone’s taste!