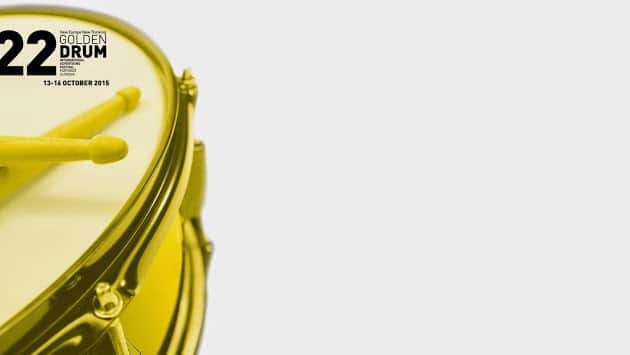 The 22nd Golden Drum International Advertising Festival took place from 13 to 16 October 2015 in Grand Hotel Bernardin in Portorož, Slovenia. The festival offered four days of excellent program, over 40 top international speakers, great networking opportunities and wild parties. The highlight of the festival was the Grand Award Ceremony honouring the best creative works of the past year.

Golden Drum Festival that this year went under the theme “Transformation, liberation and creative culture” offered the biggest overview of creative advertising from the 37 countries of New Europe. Grand Hotel Bernardin was again chosen as the main venue of the festival as well as the main hotel accommodating VIP guests of the festival. The programme that ran simultaneously in two of the biggest halls was visited by over 900 experts in the field of marketing, advertising, creatives, designers, young talents and students. Polona Simšič, VIP Transfer & Accommodation Executive at Golden Drum said:

»Bernardin Group Resorts & Hotels did a great job meeting the needs of our international guests. We have been working together for a long time now and we love to come back to Portorož every year. When it comes to MICE services, they sure know what they are doing!«. Marja Feldin, Managing Director of the 22nd Golden Drum agrees: “This year’s Golden Drum offered a good vibe and our honoured guests and delegates really enjoyed their stay in Portorož and Piran. We’ve received a lot of praise over the general hospitality and organization of the event, promising to definitely come back next year.”

All works along with the photo gallery can be seen at www.goldendrum.com