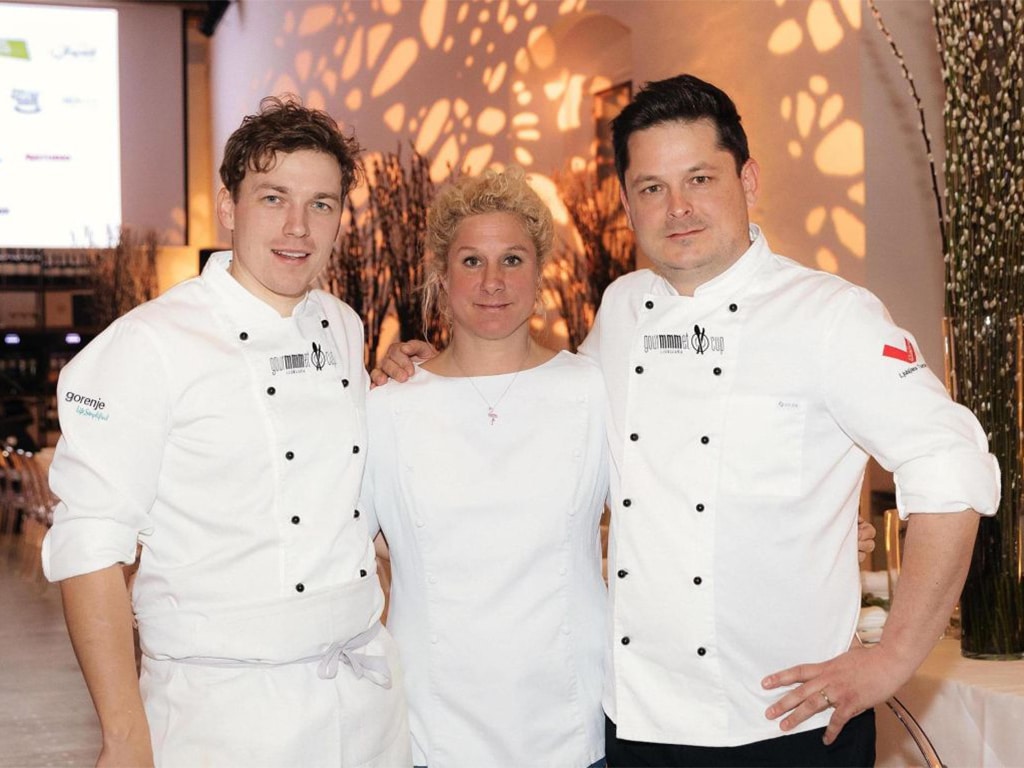 Between the 27th and 30th of January 2018 Ljubljana hosted the third annual Gourmet Cup Ljubljana, which more than proves that also Slovenia knows how to organize a culinary event which is equally grand as other famous events around the world. In its three years the event presented 26 Slovene and 8 foreign chefs and is not based solely on internationally recognisable names; instead it promotes Slovenian cuisine as a whole.This year, the event hosted a number of Slovene and foreign TOP chefs, culinary critics, writers, experts who observed, tasted and listened to everything Slovenian cuisine has to offer. Judging from their response, Slovenia has a grand potential to become a famous culinary destination.

The event was also part of the international gastronomy tour organised by the Slovenian Tourism Board. The participating journalists came from Italy, the Netherlands, the UK, the USA, Croatia and Serbia. Among them was also the Italian edition of Conde Nast, who was amazed by the Slovenian culinary offer.

The highlight of the 4-day long event was definitely experience dinner which was sold out within minutes. Ana Roš (Hiša Franko), Philip Rachinger (Mühltalhof), a new hope of the culinary world and Luka Jezeršek (Jezeršek gostinstvo) and their respective teams prepared food for 120 guests. The informal introduction and selected sparkling wines, among which also Medot) and 18 different Slovene wines from Hiša Koželj, accompanied a nine course menu for which each chef provided three original dishes which mark their culinary path, story and character.

The whole story confirms that Slovenia is more than ready to welcome renowned international restaurant guides, such as Gault & Millau, which recently declared to expand also to Slovenia.