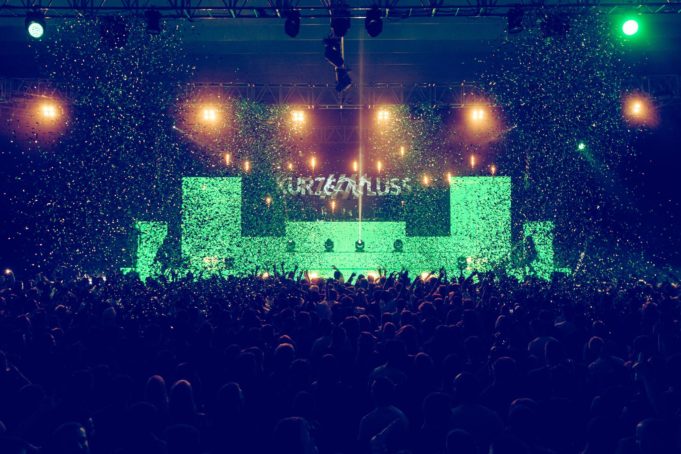 Some outstanding events happened in October in Ljubljana, precisely at the GR – Ljubljana Exhibition and Convention Centre.

Beginning of October at Ljubljana biggest convention centre was about the wine: award ceremony of best wines that were chosen during the 58th International Wine Competition – Vino Ljubljana and official introduction of the 52th Wine Fair which brought together wine lovers and experts, wine growers and other eminent guests with main goal to be informed about the culture of wine drinking. The next event GR hosted was the Golden Drum Grand Award Ceremony and Grand party for 23rd Golden Drum, the International Festival of Creativity. Around 1,000 participants of this Slovenian traditional advertising and creativity festival definitely showed how to have a good party.

And this was not the only unique party happening in October at this location, Friday before also marked the start of pop-up dance parties Kurzschluss that are hosting some of the worldwide known DJs with opening party and DJ Adam Beyer warming up the audience.  Kurzschluss is truly a unique event, a quickly fading phenomenon which operates only 6 weeks. The day begins at midnight, music roars, straws bubble, dancing waves and dedicated night owl do not delay. In this time of the year, the GR – Ljubljana Exhibition and Convention Centre changes into the urban night life and entertainment spot. Along with all the activities, the pop-up festival Kurzschluss is definitely the best choice for both domestic lovers of nightlife as many tourists who come to Ljubljana. All until the closing New Year’s Party.