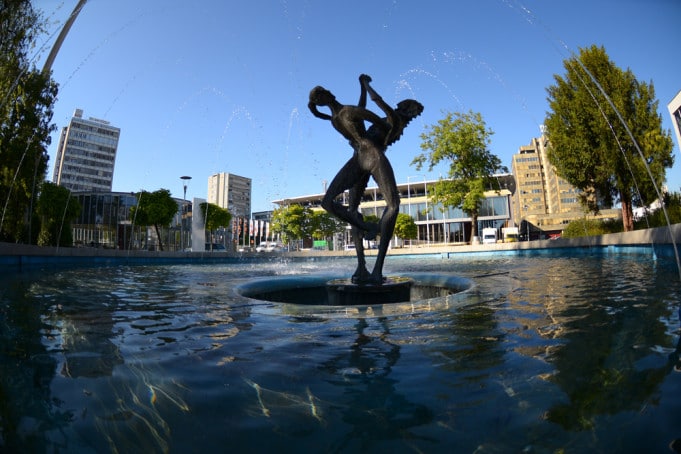 GR – Ljubljana Exhibition and Convention Centre, one of the biggest Slovenian exhibition and event centres, has built and set apart events like Lego bricks this spring. With their multipurpose halls, they basically hosted one event after another, from the 56th Home Fair, the biggest building fair in the region which attracted 56,000 visitors who saw the offer of 580 companies from 32 countries in in the beginning of March. Right after that, GR hosted one of the most important and expected event this year – after 16 years, the Slovenian Motor Show has returned to Ljubljana, presenting the novelties and the latest trends of automobilism and attracting the record number of approximately 75,000 visitors. The Mercedes Benz Fashion Week successfully connected the prestigious car show with fashion, presenting the future trends and some of the best fashion designers in the region, followed by the Cosmetics Fair Love & Beauty in April.

This spring, GR – Ljubljana Exhibition and Convention Centre and their acoustically renovated Kocka Hall served as the concert stages of live music events and in organization with the National Television RTV SLO, organized the Slovenian Eurovision Song Contest 2017 with all the media splendour and glamour.

And putting the glamour aside, all that time, the Events & Congress department of GR – Ljubljana Exhibition and Convention Centre has also been planning some of the international expert meetings at the highest level which they will host this year: at the end of June the World Congress in Fetal Medicine, in the middle of September the 47th EABCT – Congress of the European Association for Behavioural and Cognitive Therapies, at the end of the same month the EUROSON 2017 – 29th Congress of European Federation for Ultrasound in Medicine and Biology and the Eurocities Ljubljana on circular economy in mid-November. And the common thread of all the events? Like in the Lego world: imagination, creativity & the play of relations, making high-profile creations.