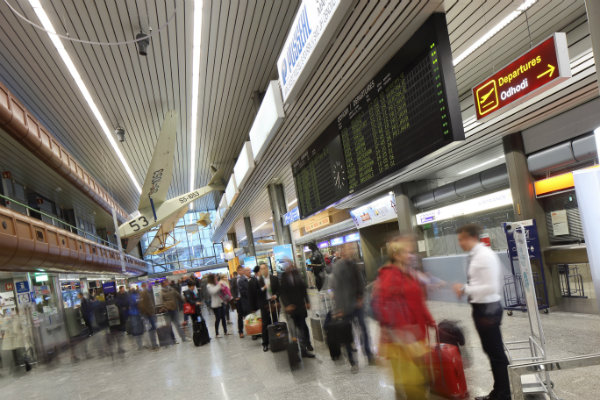 The pronounced growth in traffic at the airport has continued into the second half of the year. In the first nine months of this year, traffic was 20.4% up on the same period last year; the number of aircraft movements also increased by 11.4% and total freight transport rose by 16.5%. We may recall that traffic increased by 20.8% and aircraft movements by 11.9% in the first half of this year in comparison with the first six months of 2016. In the first eight months of the year, the Ljubljana airport, in comparison with the same period last year, had the highest increase in traffic in comparison with other airports in the region with a good 20%. Zagreb airport is second with 11 percent, followed by Trieste (10 percent), Klagenfurt and Graz.

The second half of the year therefore began positively, with traffic increasing by 18.9% in August and September. While we exceeded one million passengers in the middle of August, we should make particular mention of September, a month in which two new records were set for the airport. That month saw the highest monthly passenger figures, outstripping all previous Septembers (at 180,380, the figure was around 30,000 more than last September), and Sunday 17 September was a record day for the number of passengers passing through the airport: 8,372.

That the record was broken on that particular day was, of course, no accident, as it was the day the Slovenian basketball team won the European championships in Istanbul. In addition to the regular Sunday traffic, we hosted 11 additional aircraft, with almost 2,000 passengers, all of them travelling to watch the game.

Of the first nine months of this year, the highest monthly growth in traffic was recorded in April (31.5%) and the highest number of passengers in July, with 198,138 passengers passing through the airport in that month. The creation of a new Ljubljana–Amsterdam route by low-cost carrier Transavia contributed to April’s growth figures, while July’s figures were the result of the high season and of charters, which this year flew to 23 destinations. We expect growth to steady somewhat by the end of the year.