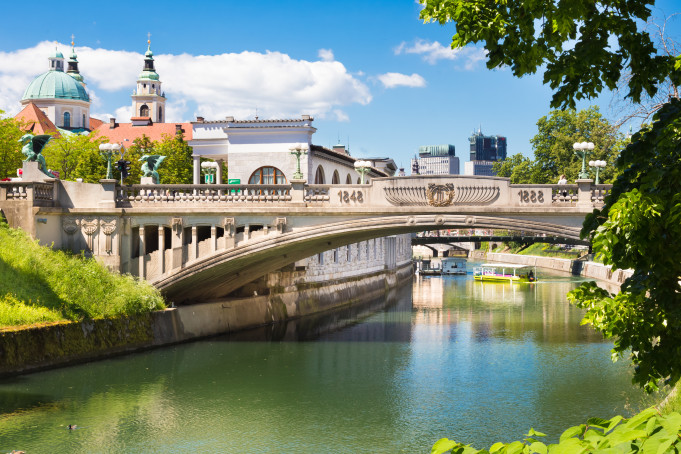 2016 was a very special year for Ljubljana, the European Green Capital 2016, awarded to the city by European Commission for having made the largest number of sustainable changes in the shortest period of time, has just come to an end. Yet, the year of 2016 has left a legacy for the future and also enhanced the existing awareness on the importance of sustainable tourism, whose aim is to reduce its adverse impacts on the local environment and population, and to ensure that the development leaves a positive mark on the city.

In the last decade Ljubljana has closed the city centre for traffic, introduced a complimentary public transport option – an electric-powered vehicle named Kavalir (Gentle Helper) and has increased the number of city buses running on methane, which has visibly contributed to reducing CO2 emissions.

Furthermore, Ljubljana Tourism started reviving the traditional local cuisine through the Taste Ljubljana culinary project that involves and connects a number of local caterers and food producers. It has also introduced in its offer guided tours with a green focus, such as the Bee routes tour, Treasures of Tivoli Garden tour, Guided tour with elements of Nordic walking and Jogging tour of Ljubljana – some of them can be even activity options for corporate / incentive programmes.

In the recent years Ljubljana has received numerous other awards and titles as a result of its green heartbeat and development. In September 2016 it was featured for the second time among theTop 100 sustainable destinations in the world, which was announced at the Global Green Destinations Day international conference in Ljubljana. In June 2016 the World Association of Journalists and Travel Writers FIJET awarded Ljubljana with the “tourism Oscar” title – the Golden Apple Award for outstanding achievements in the development of tourism, preservation of cultural, natural and historical heritage, its inclusion in the tourist offer and outstanding examples in introducing the principles of sustainable development in tourism. In May 2016, Ljubljana was honoured by the European Commission in the category »Environment and accessibility as a basis for sustainable and responsible development, with an emphasis on accessibility for people with disabilities«. Additionally, Ljubljana won the Tourism for Tomorrow Destination Award for 2015 conferred by the World Travel & Tourism Council (WTTC), which pointed out that in recent years the city has been completely redesigned with sustainability in mind. This recognition is regarded to be the highest accolade for sustainability within the global travel and tourism industry. Also, the information Point. For. You. Ljubljana by European Green Capital 2016 won Conventa Best Event Award 2017.

With its sustainable agenda, Ljubljana is not only concerned with the welfare of the local population but also attracts more and more foreign visitors, the number of which has doubled over the past 10 years. Some of the sustainable practices that contributed to the mentioned recent successes was also presented to a group of Conventa hosted buyers attending the Ljubljana fam trip prior to the show. The programme pinpoint ed the many qualities of the Slovenian capital for meetings & incentives in just more than one day. It showcased the destination in a different, experiential in an enjoyable way, combined with professional knowledge. Some time was also dedicated to tasting the enticing local cuisine and the surprising Slovenian wines, even in a more hands on way.