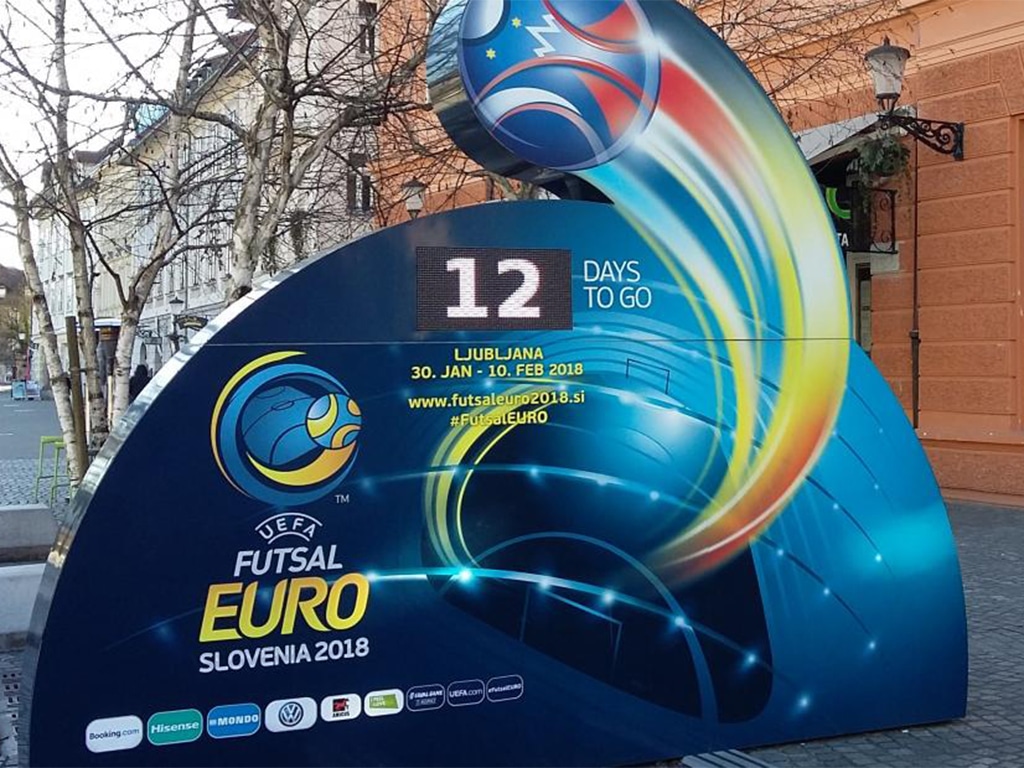 Big sports events are strengthening the recognisability of Ljubljana on the international stage and are influencing the positive image of the destination. The 11th European Championship is the last one to be organized biannually.

The championship was organized by the Football Association of Slovenia in cooperation with the City of Ljubljana and the public institute Ljubljana Sport and Leisure Facilities.

Ljubljana recognises the importance of big sports events, such as the European Futsal Championship and, for instance, the European Basketball Championship in 2013, as they are strengthening the visibility of Ljubljana on the international stage and are influencing the positive image of the destination, especially with regard to good organization, professionalism and the quality of the infrastructure and services.

UEFA Futsal EURO 2018 is certainly going to contribute to the popularization and faster development of futsal in Ljubljana. The recently opened sports hall Baza in Štepanjsko naselje equipped for futsal was also quite handy, besides the Stožice sports hall, the House of Sports in the city centre and other sports-related venues.