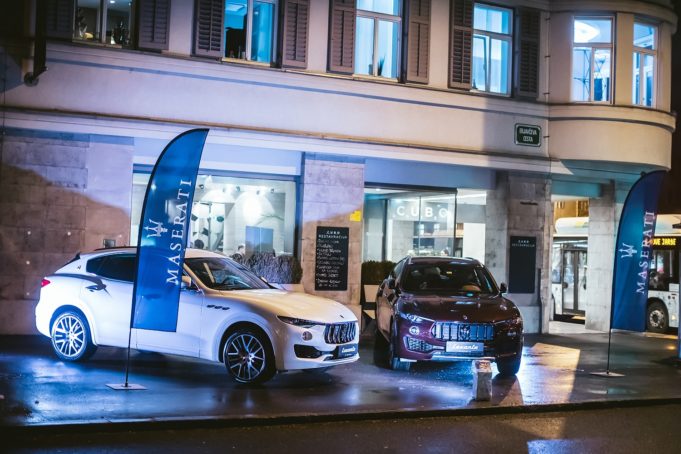 At the beginning of February, the Cubo Hotel hosted a special event, which was attended by Maserati and Ferrari enthusiasts – the ones, who love to drive their luxury cars and share the passion with others.

Hotel Cubo hosted Maserati and Ferrari gathering for the second time at the time of their establishment in the year 2014. At the end of 2015, the club celebrated its one year of activeness and had a great Christmas gathering in Hotel Cubo on that occasion.

The mission of the club is caring for the brand image, organizing social events, socializing, supporting the arts and culture and of course taking into account the values of brands. The club brings together owners so as amateurs of Ferrari and Maserati brands from six countries: Slovenia, Croatia, Bosnia and Hercegovina, Serbia, Montenegro and Macedonia. An official part enlivened the gathering with finger food catering, prepared by the hotel chef. At this special occasion the participants were welcomed by the Ambassador of Italy in Slovenia his Excellency Paolo Trichet.

As it was announced during the gathering, quite a number of interesting events throughout the Adriatic region will be held through the year 2017, such as racing events, golf tournaments, celebrations and pre New Year event.

The Hotel Cubo Restaurant is not intended for breakfast, lunch and weekend brunch only, but can also be changed in the area for evening gatherings and other events. With a new meeting room, multipurpose hall for events, presentations, lectures and meetings and a summer garden with summer events, were sure that in 2017 many interesting events are to be held at the Hotel Cubo.