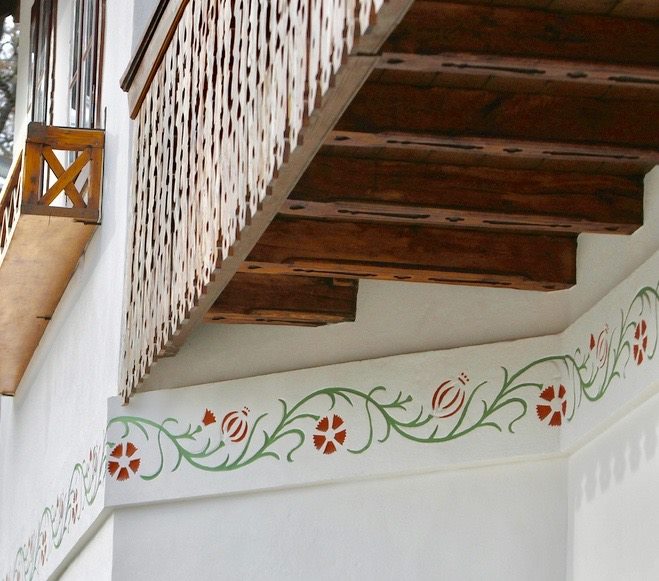 Recently renovated Švicarija in the heart of Ljubljana, was first a wooden guest house, then artists’ studio, and now it turned into a special venue.

The Švicarija Creative Centre operates as part of the International Centre of Graphic Arts (MGLC), a venue that is on the site of a former wooden guest house opened back in 1835. In 1909, architect Ciril Metod Koch designed and built the Tivoli Hotel on the same spot, which became a renowned gathering place for various artists and bohemians. After World War II many Slovenian artists made their working home in the building, a tradition that lives on until today, with Švicarija providing working and living studios for local artists and residential space for international ones. The hall on the ground floor and the courtyard in front of the building are available to rent for a variety of events.

Recently renovated Švicarija Creative Centre is located in the city’s Tivoli Park, a building that could easily be missed on a first visit, as it is located behind the Tivoli Mansion that serves as an International Centre of Graphic Arts. Tivoli Park is by far the town’s most beautiful park, designed by the French engineer Jean Blanchard in 1813 and stretching right into the city centre. The park covers an area of approximately five square kilometers and blends into the slopes of the adjoining Rožnik Hill. When hosting an event in Švicarija Creative Centre it’s worth keeping in mind the boutique size of Ljubljana, as it will take you only 20 minutes to get from the Triple Bridge, the heart of the city, to this venue set in the park.

Švicarija, as the former Tivoli Hotel in Ljubljana has been nicknamed and preserved, has since 2013 been recognised as a cultural monument. The Creative Centre, with which Ljubljana acquired a new cultural, educational and social centre, houses studios, galleries, residential facilities and a multipurpose space. As it was in the past, the building of the former hotel will once more be both a gathering place for artists but this time with a bonus – nowadays the venue will also serve as a gallery presenting their works too. The multipurpose space is available for hosting various events, next to which a smaller coffee shop is located. With this new venue one can decide on hosting an event in the middle of the city, but at the same time in the middle of a natural setting and thereby enjoying the best of both worlds.

When hosting an event at the Švicarija venue the catering will be taken care of by the “Meta in bazilika” catering company, who also operate together with the Švicarija coffee shop located on site.