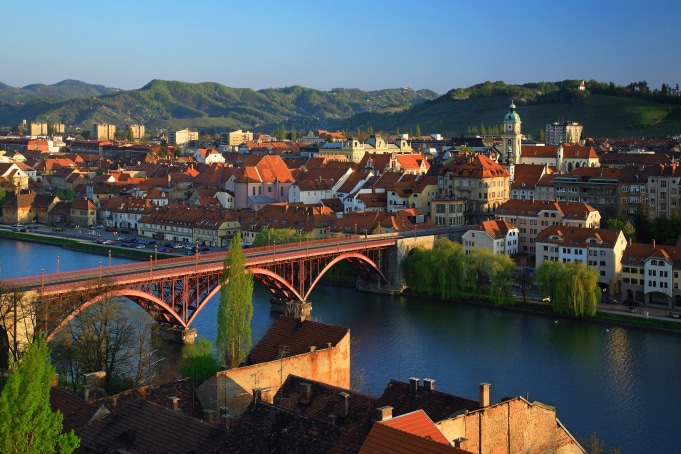 As the second largest city in Slovenia and as the European Capital of Culture 2012, Maribor oozes the historic charm of a relaxed, medieval town. Its greatest asset is its extraordinary access to nature, with an attractive position between the Drava river, the green Pohorje plateau on one side and, on the other, sunny wine-growing hills that stretch all the way to the Austrian border and beyond.

The Drava Regional Park set along the Drava river, one of the longest tributaries of the Europe’s second longest river Danube, represents one of the last parts of the natural riverbed with ecological and natural environmental biotopes of the highest value. The Drava Regional Park is the central point of the region around the Drava River. To showcase the importance and beauty of the Drava River, the Initiative for Drava organises the Drava Festival along– and on the river.

The third Drava Festival is going to take place from May 11 to July 15 2018 in the entire region of the Drava river, with the central events being held in Maribor. The festival will include numerous environmental and tourist events, which will be organised by various associations and organisations from the regions of Koroška, Maribor and Ptuj. The festival is coordinated by the organisation Initiative for Drava.

At the opening event, on May 11 at 11am, the King of Drava River (an individual significantly contributing to the river’s recognition and protection) will be announced at Maribor’s ‘The Old Vine House’. The Old Vine House was built in the 16th Century and is world-renowned for the more than 400 years old vine growing in front of it. The Blue Franconia vine is the Guinness record holder for the oldest nobile vine in the world still bearing grapes.

During two months long Drava Festival, perfectly suitable for incentive programmes, the visitors will be able to taste local delicacies and get to know the traditions and customs of the diverse region of the Drava river. In Maribor, the events will take place on Lent and in the landscape park Mariborsko jezero (Maribor Lake) where a ‘temporary beach’ will be arranged in the time of the festival.