On Sunday 3 December, Grand Hotel Union hosted the SILA-IWCL charity bazaar where visitors had an opportunity to shop at the stalls of as many as 36 countries and satisfy their taste buds by sampling culinary delights from 16 different countries. Youngsters were also taken care of thanks to a children’s corner dedicated to entertainment. The traditional culture programme was enrichened by the sounds of flamenco, fado and oriental dances. The biggest charity event of the year is organised to collect the financial means for autistic children and children living in severe financial and social distress.

Ms. Vlasta Nussdorfer, the Ombudsman of the Republic of Slovenia, officially opened this year’s bazaar. The SILA-IWCL Charity Bazaar is well known among Slovenian society and is established as one of the biggest annual charity events in the country. More than a thousand visitors recognise the charity every year and, through the purchase of unique ethnological products from different countries of all continents, support the efforts to help those who need it most.

Organisation of the 24th SILA-IWCL Charity Bazaar would not be possible without the support of its charitable partners: Union Hotels, Futura, AGS, Europlakat, TS Media, Tam-Tam, Snaga, CEEREF, Sintal, and NIS. For all their assistance and donations, the organisers also thank all the donors to the event and the representatives of the embassies in Slovenia that participated in the preparation and its implementation.

The members of the SILA-IWCL women’s association organise a traditional international bazaar. The Slovenian SILA-IWCL association was established in 1993 with the aim of connecting the wives of foreign diplomatic and economic representatives who came to Slovenia after its international recognition. In addition to getting to know Slovenia, its culture, the exchange of experiences and friendship, from the very outset members of the SILA Association started organising various cultural, sporting and other charity campaigns. The association’s aim is to help people at the margins of society, the elderly, mentally and physically handicapped, children, women and others. Among the most visible campaigns is the international SILA charity bazaar.

Fraport Slovenia: From 12 May Without Air Traffic Restrictions 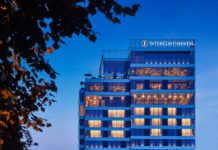