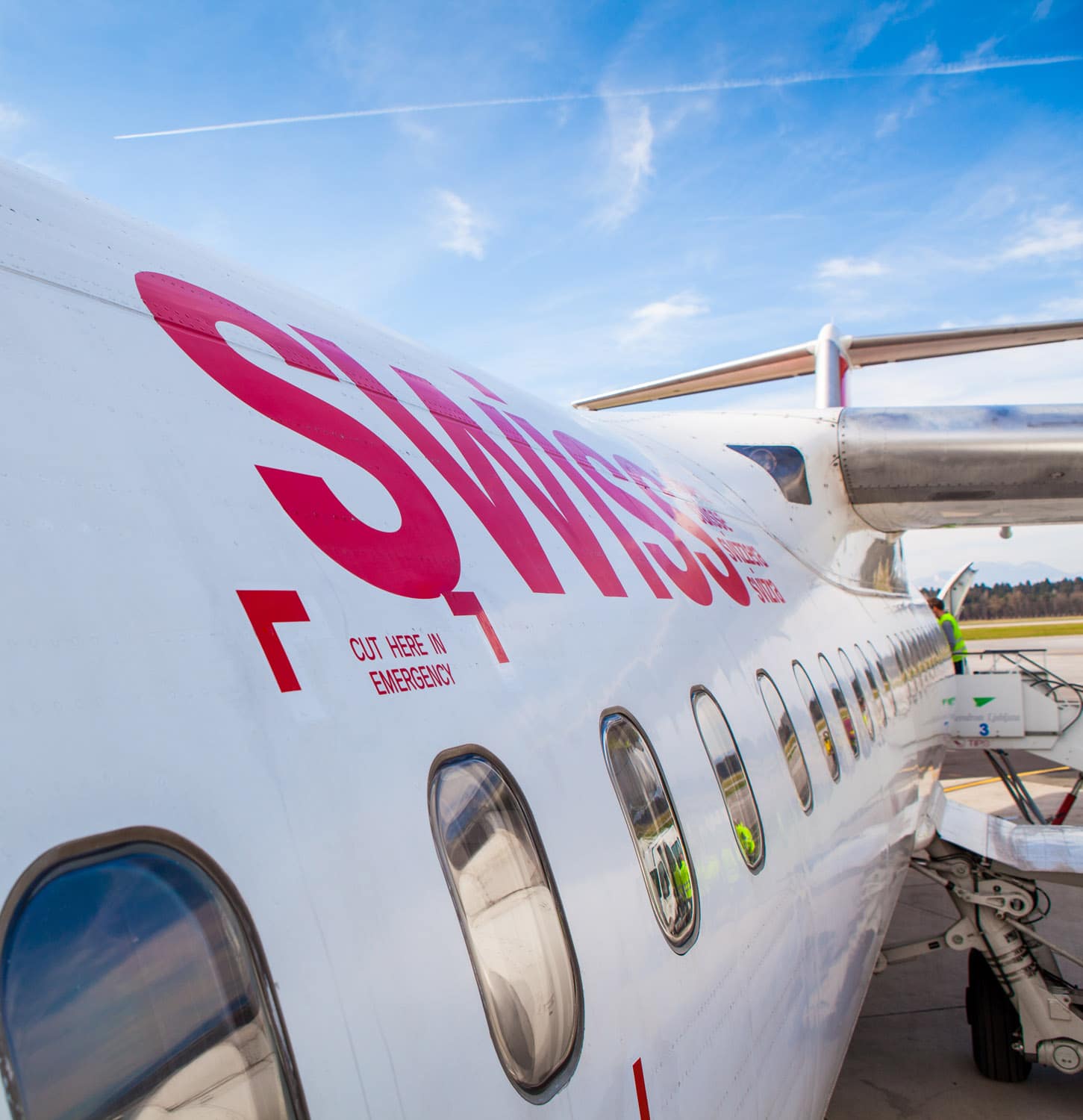 Swiss International Air Lines (SWISS) has been flying daily between Zürich and Ljubljana since 29 March, the beginning of the summer aviation timetable.

Aerodrom Ljubljana expects the service to generate around 30,000 extra passengers every year. With daily flights to Zürich, Swiss International Air Lines complements its range of scheduled services from Ljubljana Jože Pučnik Airport. From its hubs in Zürich, Basel and Geneva it operates services to 106 destinations in 49 countries worldwide.

Since 29 March, Slovenian passengers have been better able to access its flight network. Return tickets starting from EUR 99 are available to passengers travelling from Ljubljana to Zürich. Swiss’s 100-seat Avrojet RJ 100 (also known as the “Jumbolino”), departs during the summer on Mondays at 17:25, on Tuesdays, Wednesdays and Thursdays at 17:15, on Fridays and Sundays at 12:10 and on Saturdays at 16:10. A more detailed timetable is available here.

“The network of flights from Zürich is constantly expanding. The expansion focuses on central and eastern Europe, where we see great potential in tourism and business trips, particularly in the pharmaceutical, chemical and machinery industries. Switzerland is one of Slovenia’s most important foreign investors, with Swiss’s flights between Ljubljana and Zürich providing a new developmental impetus,”added Bernhard Wodl, head of the Austrian and Central European Market at Swiss, at  press conference.

“We are very proud of the new Ljubljana–Zürich–Ljubljana daily route, which is an important part of the history of Swiss International Air Lines.” He added that “22 new European services began operating during the summer season this year from the hub in Switzerland, which offers services to over 100 destinations worldwide.”

Mag. Janez Krašnja, Commercial Director at Aerodrom Ljubljana, welcomed the arrival of the new airline operating scheduled services with the following words: “Swiss represents an important complement to the range of scheduled flights from our airport, from which we anticipate around 30,000 additional passengers per year. The new scheduled service is of interest both to tourists and businesspeople alike. Passengers will use the service for end-flights to Switzerland and further flights to destinations within the Swiss network. We believe that the service to North America will attract special interest. The load factor during the first days of operation was solid. The aircraft were occasionally even fully occupied, underlining the marketability of the new service/route.”

Swiss International Air Lines is the successor to the former Swissair, which had previously been a long-standing and reliable partner for Aerodrom Ljubljana from 1989 to 2003. Swissair was the first foreign airline to resume its regular service to Slovenia and Brnik after Slovenia’s declaration of independence, unrest in the former Yugoslavia and the resulting closure of airspace. Swissair turned out to be the beacon for future positive developments, closely followed by other airlines.

For more details see Swiss’s interesting routes and prices for flights from Ljubljana.