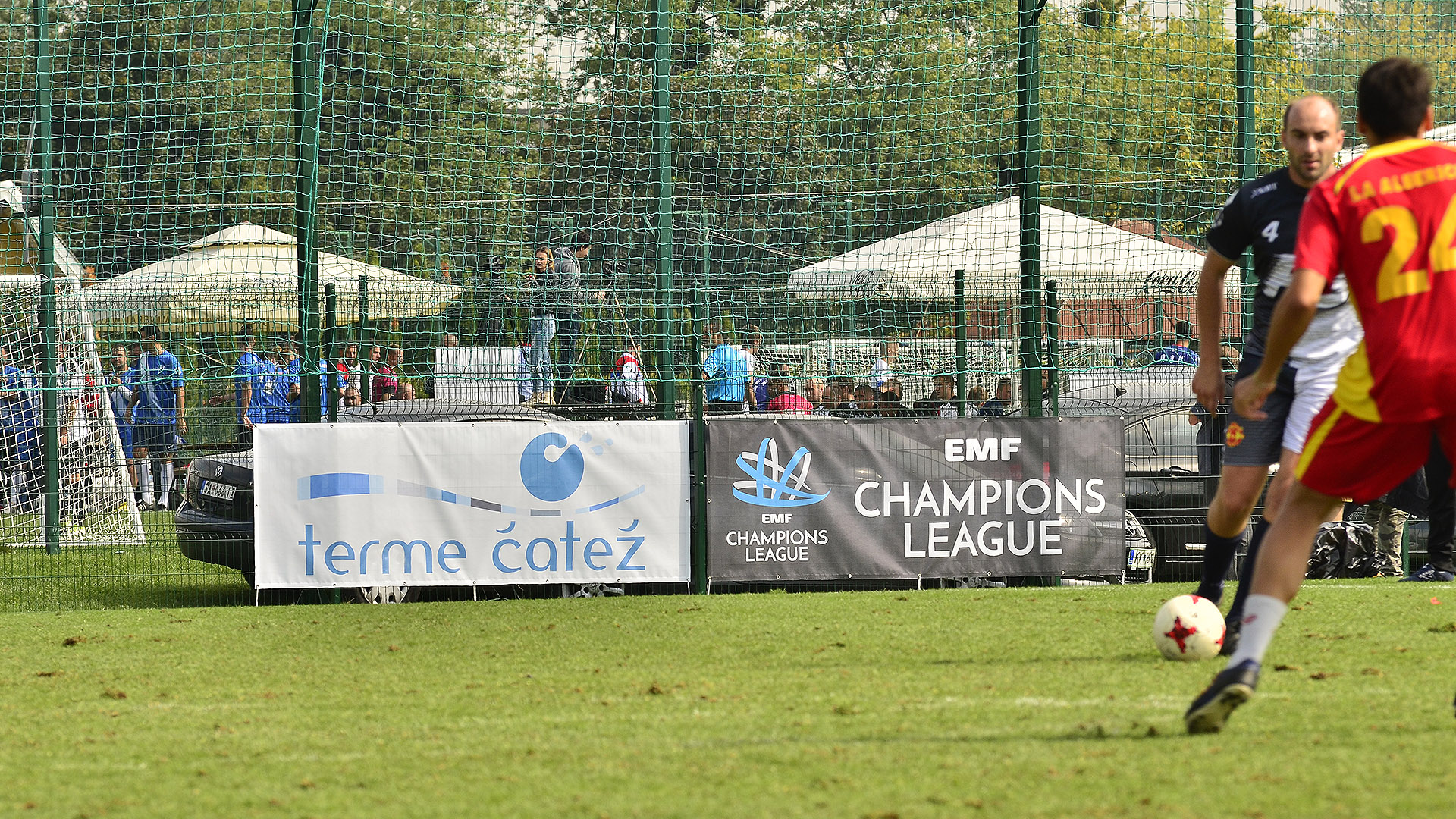 Besides being a business destination, Terme Čatež have lately been blooming as a promising sports destination. Sports has become a constituent and an important part of the company’s development strategies. The favourite training conditions and the visit and trainings of numerous football teams were the reason for a construction of a new football playground.

In the period from 7 September until 11 September 2017 Terme Čatež were proud to host the participants to European Mini-Football Championship. The challenge included 1,300 participants from 22 countries. The players did not only enjoy the football challenges but also the advantages of a unique thermal resort  and Thermal Riviera.

Training on the natural grass also in winter conditions

The playgrounds with FIFA standard dimensions are situated in the close proximity of a 4* hotel. Floor heated grounds are being water sprayed with the thermal water coming from the spa water springs thus enabling the trainings 365-days a year. An abundant offer of additional tourist products of Terme Čatež attracts numerous football  teams from all over the world. The renown names of the clubs such as FC Crvena zvezda, FC Olimpija, FC Rabotnički, FC Dinamo Zagreb etc.. help establishing the brand name of Terme Čatež as a favourite football destinatination for amateurs and professionals alike and make it the going place for different sports camps.

Terme Čatež started the summer season also with the opening of new volleyball playgrounds and were the host to some volleyball challenges and a sound national challenge in volleyball.