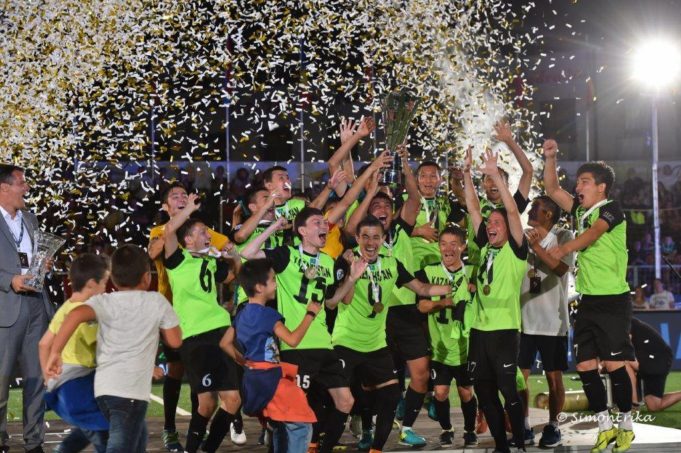 Maribor is more and more becoming a city focusing on sports tourism since the city hosted many of interesting sport events this year with many more coming in the future. One of the upcoming sport events is also the EMF Champions League minifootball championship which will be held in Maribor from 23rd until 25th September and where for the first time in the minifootball history it will host 68 top minifootball teams of Europe that will compete for the crown of the King in 2016.

This summer Maribor area of Pohorje already hosted famous football clubs like Scottish Celtic, Croatian Hajduk Osijek, Romanian Cluj and Pandurii, Zeljeznicar from Sarajevo, hockey teams and many more. All together 25 sport club teams had a part of their preparations for the new season in city of Maribor, precisely at Terme Maribor which is truly a perfect location for hosting sport events, having sport field just in the walking area if the hotel facilities.

The focus on sport tourism niche definitely has very positive influence on tourism in the city of Maribor with higher numbers of visitors and overnight guest in whole region, especially area of Pohorje where Terme Maribor has its main hotels and their offer truly provides a creative environment for meetings, education, socialising or relaxation. No wonder this amazing environment is perfect for many sport preparations for new season preparation even for world famous sport clubs and topped with good sport infrastructure this is definitely a good place for organizing all sort of sport events.

The Slovenian Tourist Board will be placing huge emphasis on sports tourism in 2017. Over the past few years, considerable investment has been placed into a wide range of facilities including winter sports training, new cycling routes and new football training grounds. The strategy received a considerable boost in September, following the announcement that Slovenian Federation leader Aleksander Ceferin will replace Michel Platini as UEFA President.