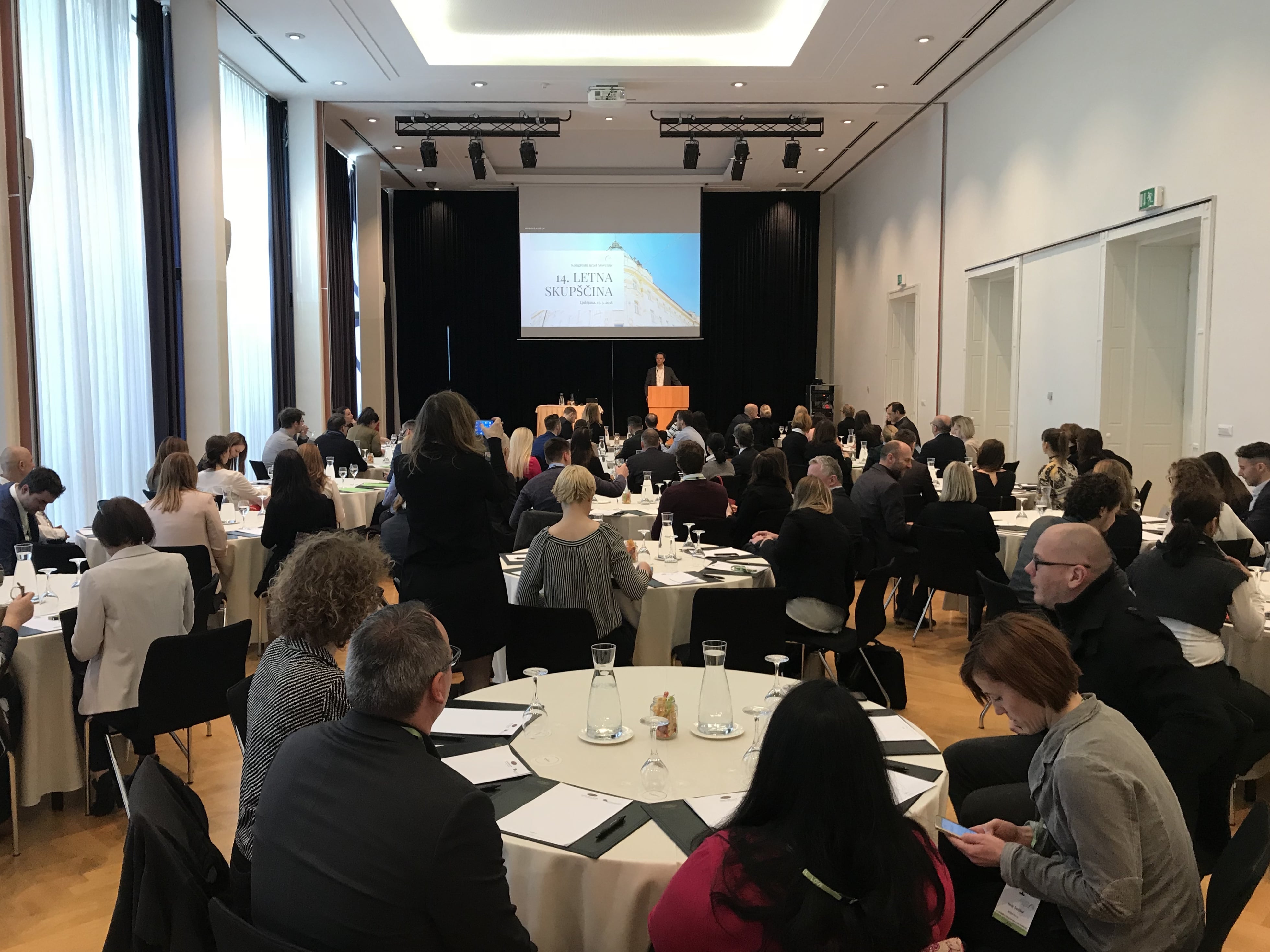 On the 13th March, the General Annual Assembly of the Slovenian Convention Bureau (SCB) was held at the Grand Hotel Union in Ljubljana. This year the event reached a record number of 100 participating members.

The welcome speeches held by Matej Rigelnik, General Manager Union Hoteli d.d., Maja Pak, the Director of STO and Sandi Kovačević, the President of the professional council, followed by the presentation of the SCB’s work in the past year by Miha Kovačič, the General Manager of SCB. Kovačič also presented the work program of the SCB for the upcoming year.

Later on, a plenary lecture titled “Incentives – The Next Big Thing for Slovenia” prepared by Meike Schindler, the director of Redlin / Schindler, and Kathrin Kovačič, senior project manager at Intours DMC, is held.

The presentation of the project “4×4 Slovenia” followed later on. The project is being developed with the support of The Ministry of Economic Development and Technology and the Slovenia Tourist Board.

The workshops of this assembly were focused on Incentives and how to prepare an Incentive offer. Divided into several groups the participants had to prepare their own incentive offers. The offers were then presented and rated by the lecturers.