On the 5th and 6th of June, the biggest political and business event in the history of independent Slovenia took place at the GR – Ljubljana Exhibition and Convention Centre – the 4th conference of the Three Sea Initiative in the region between the Adriatic, the Baltic and the Black Sea. The event was attended by nine state presidents, the President of the European Commission Mr. Jean-Claude Juncker and the US Secretary of Energy Mr. Rick Perry at the invitation of the Slovenian President Mr. Borut Pahor. The meeting was attended by 12 Member States of the European Union: Austria, Bulgaria, Croatia, Czech Republic, Estonia, Hungary, Latvia, Lithuania, Poland, Romania, Slovakia and Slovenia.

As a part of the Summit, Prime Minister Mr. Marjan Šarec hosted a business forum of the Initiative, that took place at the GR and was attended by more than 550 guests. In a two-day event, they tried to convince institutional and private investors to finance cross-border co-operation projects in the energy, transport and digital fields. Among the Slovenian projects, the current largest infrastructure project – the second track Koper-Divača was discussed as well. The event took place in the complex of marble halls (Marmorna dvorana) and numerous smaller halls, such as the Urška Hall and the Podvodni Mož Hall, under the strictest security measures. The organizer, the Slovenian Ministry of Foreign Affairs assessed the cooperation with the GR Team very positively. They expressed their enthusiasm regarding the attitude of the staff, the professionalism of the technical team and hostesses as well as the layout i.e. appearance of the Marmorna Hall, where the main part of the forum was taking place.

Let’s remember that the Ten-T Days conference was also held at the GR – Ljubljana Exhibition and Convention Centre in April last year – as well as a high-profile political event at the highest level when European Transport Commissioner Mrs. Violeta Bulc hosted 26 transport ministers, members of the European Parliament, representatives of the EIB, the European Coordinators of the core corridors and other decision makers in the area of ​​investment in smart, secure and green mobility. Ten-T Days was attended in all of 23 GR halls by over 2,000 participants. The TEN-T or Trans-European Transport Network is the trans-European transport network, which is the starting point for European transport policy. At the TEN-T Days, they also organized a ministerial meeting of the Western Balkans countries, Turkey and the southern Mediterranean countries. The meeting took place in all the 23 halls of the Ljubljana Exhibition and Convention Centre.

In addition to the Initiative of the Three Seas, in June 2019, international congresses in the field of medicine are also being held at the GR. From the 6th to the 11th of May, the annual ESPID – European Association for Children’s Infectious Diseases, organized by the Kenes International, attracted over 2,300 participants from around the world.  A three-day conference of the World Health Organization in mid-June was about health inequalities. Participants sought solutions that would reduce inequality and elaborate the annual European WHO Action Plan for Greater Health Equity. The co-organizer of the conference was the Slovenian Ministry of Health. The event has been the first WHO global event on the topic of reducing health inequalities. The International Conference RIMS from the 20th to the 22nd of June brings together specialists in the field of multiple sclerosis and its rehabilitation on the European level.

Meet in Hygge Style Under the Ski Slopes 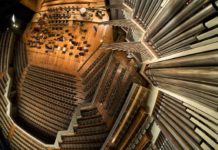 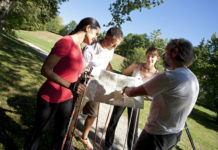 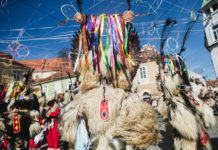