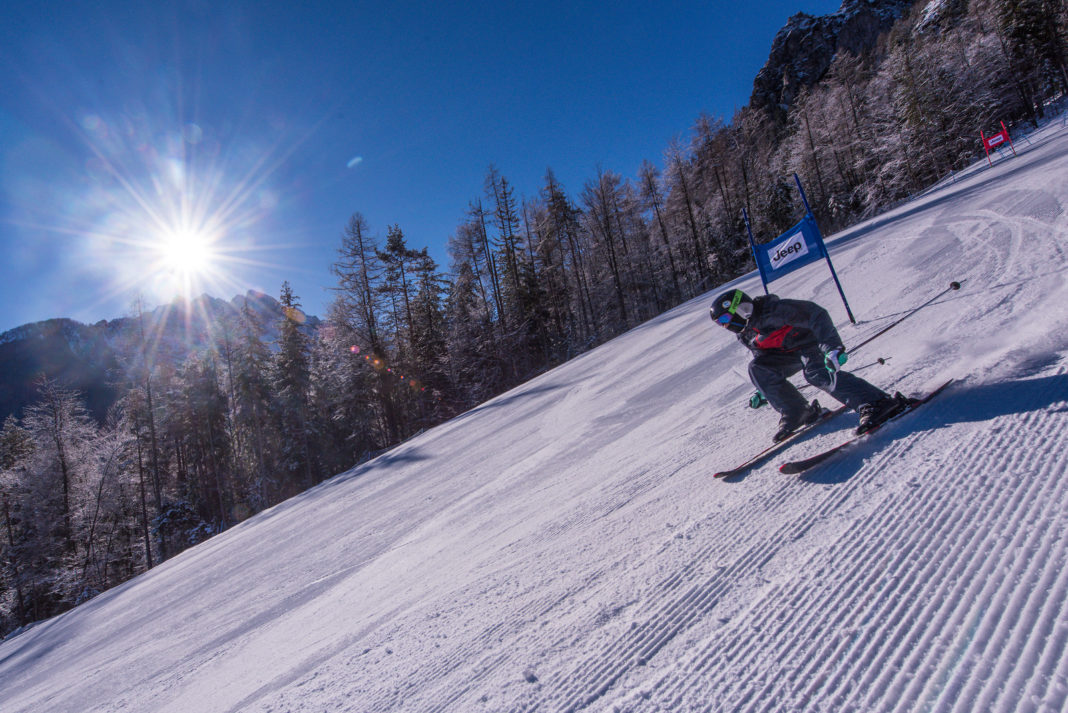 This year, the second half of January was characterised by the World Para Alpine Skiing Championships. For the first time this year, the competition took place in two different locations, namely in Kranjska Gora and in the Italian ski resort of Sella Nevea, and was organised by the Hit Alpinea Kranjska Gora hotel company in cooperation with other local and international partners. After the Paralympic Games, the World Championship is the second most important event for disabled skiers.

The event took place under the honorary patronage of Borut Pahor, the President of Slovenia. At the opening ceremony in the Alpine Village, the president of the International Paralympic Committee Andrew Parsons, the Minister of Education of the Republic of Slovenia dr. Jernej Pikalo, the Mayor of Kranjska Gora Janez Hrovat, and the CEO of Hit Alpinea Milan Sajovic addressed over 120 sportsmen and women from 28 countries.

In Kranjska Gora, the competitions (giant slalom and slalom) in the categories of sitting skiers, standing skiers, and blind and partially sighted skiers took place at the polygon in Podkoren where the best skiers in the world also compete for the Vitranc Cup every year.

“At Hit Alpinea, we are proud to have been given the possibility to organise the World Para Alpine Skiing Championship; in a way, this is a recognition for well-organised world championships in this sport that have been going on in Kranjska Gora since 2016. With this year’s event, however, the destination and our company both proved that this is the home of sport. Kranjska Gora is one of the rare settings in the world that has hosted four World Championships in one season: cross-country skiing, alpine skiing (the Vitranc Cup), the FIS Ski Jumping World Cup in Planica and the World Para Alpine Skiing Championship. We are expecting that our hosting the World Para Alpine Skiing Competition will have a positive ripple effect on tourism in Kranjska Gora and, as a wider objective, in the country itself, which is already being confirmed by the fact that the event is taking place under the honorary patronage of Borut Pahor, the President of the Republic of Slovenia. We are expecting over 1,600 overnight stays from guests arriving from 28 world countries, and are hoping for tangible effects for the promotion of the country and for its further successful development,” said Milan Sajovic, the CEO of the Hit Alpinea Kranjska Gora, in the name of the company.

The implementation of the competitions was also sponsored by the Slovenian Tourist Organisation, the Municipality of Kranjska Gora, and the Kranjska Gora Tourism Office.

In recent years, Hit Alpinea has been growing consistently in terms of capacity utilisation and improvement of operating results. Most of the attention is being concentrated on sports-related tourism (competitions, preparation periods) and MICE events. Due to favourable possibilities of connecting the two segments on a temporal and spatial level, this World Championship also presented itself as an excellent opportunity to promote MICE events.

Connecting MICE events with sports activities, with a healthy lifestyle and with an incentive-based offer was an extremely interesting topic for all guests, support teams, and companies participating in the event. As an organiser, Hit Alpinea has proved to be a wholesome provider of activities related to both segments due to its functionality, allocation of conference halls, hotel accommodation, catering services and immediate vicinity of training fields and physical preparation sessions in the sports hall. This is also why the company has already been tasked with the preparation of the Para Forum; in the future, however, it wishes to further solidify its presence by organising general assemblies and other projects for the Paralympic Committee.

Thus, Hit Alpinea is becoming a solid provider when it comes to national and international segments connecting sports and MICE events.