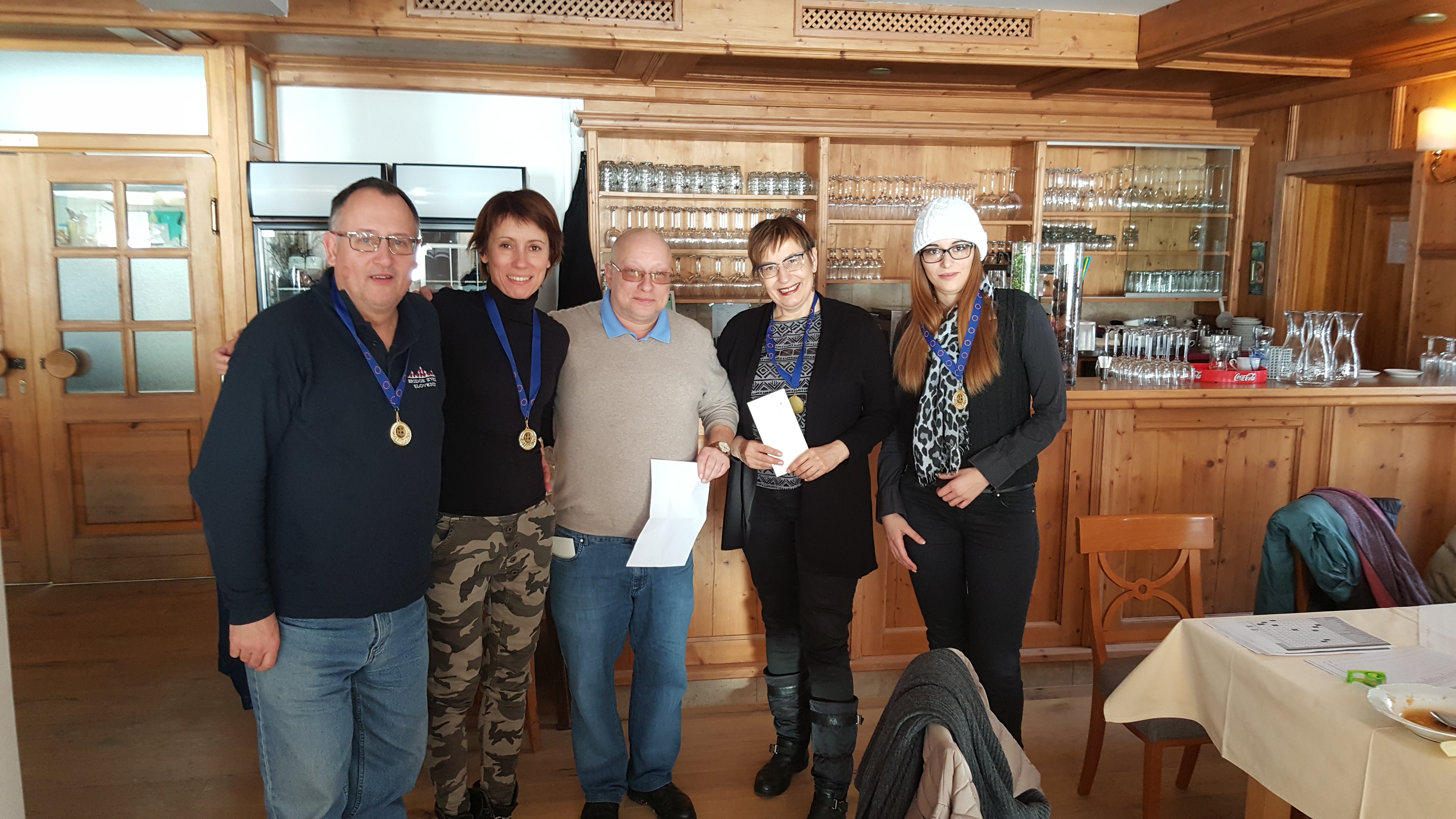 For the seventh time in a row, Bridge Club Plesnik organized traditional Bridge tournament. This year tournament was joined with 6th anniversary of Bridge Partner, bridge event organizers from Austria.

Traditional tournament, which take place in Hotel Plesnik, Logarska dolina in the beginning of every year, is one of the most important events for Bridge Club Plesnik. Martina Plesnik established club in the year 2011 and now new president Richard Mick from Austria runs it. The organization of the event is run Bridge Club Plesnik and under the watchful eye of the judge from Slovenia, Marjan Zadel. This year there was 70 participants and 17 teams from Slovenia, Croatia, Austria, Hungary and Czech Republic.

The winning team this year was ‘‘FRAJDEJ 13’’ from Slovenia with following participants Tolja Orač, Saša Jeseničnik, Milan Trdan, Ksenija Čare in Stella Dobrijević. One of the highlights from this year’s tournament is a couple from Austria, which won the prize European champion in mixed teams in 2013, Ms. Jovanka Smederevac and Mr. Sascha Wernle. Players combined playing bridge with relaxation in totally renovated wellness and Ayurveda massages. Next bridge event in Hotel Plesnik is Gourmet Bridge in November this year, where players beside bridge enjoy speciality from hotel restaurant as well as good Slovenian wine and music program.