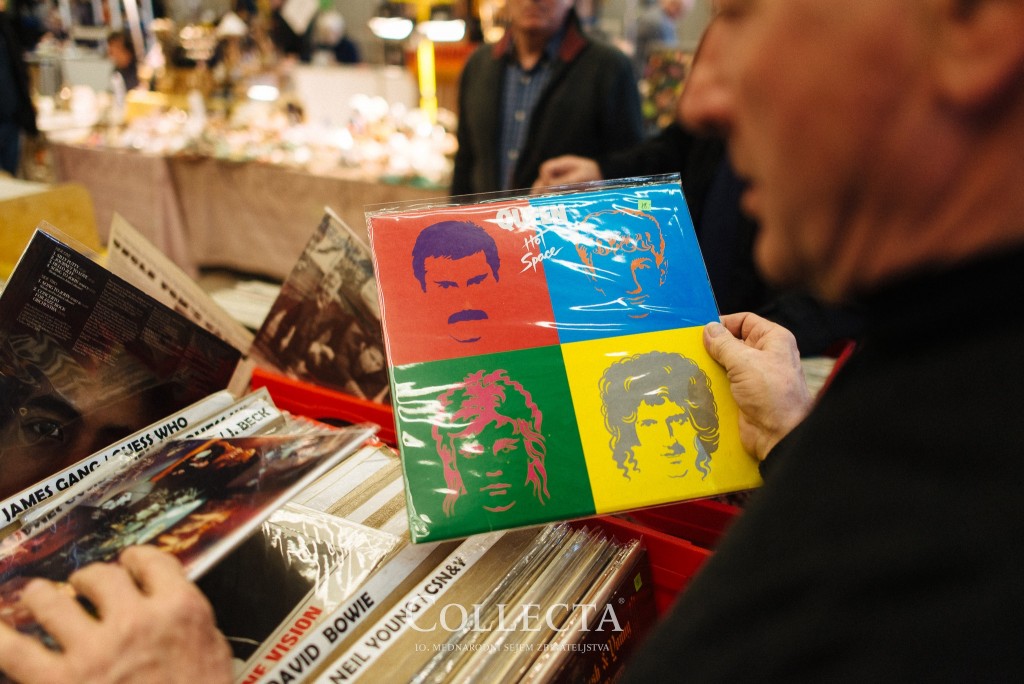 The 12th edition of Collecta was traditionally held at the GR- Ljubljana Exhibition and Convention Centre. This year 125 participants from 10 countries participated and put on display their rare pieces of history.

In all the years of its activity, Collecta has become a unique fair in the world, gathering collectors and traders of different collectibles, publishing its own occasional philatelic material, enthusing young and new collectors and preparing different thematic exhibitions.

Collectors and traders exhibit their collections to other collectors and traders, to members of different associations, and to the interested public. The goals are to gather companies and individuals from all over the world having interesting collectings at their disposal, to promote collecting among young people, and to present precious collections on thematic exhibitions. Collecta brings together European collectors from different fields: philately, numismatics, deltiology, military, antiques, vinyl records and CDs, comics, kinder and pez sweets, figurines, minerals, fossils, precious stones, etc.

The distinctive feature of the fair is that it is probably the only fair in this part of Europe (if not in the world) which prepares each year personal philatelic material. This year, for example, Collecta commemorated two important dates – 100 years of the ending of the World War I along with the origin of former Yugoslavia (1918) and the Cankar’s Year (100 years from the famous Slovenian writer’s death) by preparing post stamps, stamps, envelopes and postcards (also the maximum cards), which were available for purchase at the fair.

This special and renowned fair adds to the GR – Ljubljana Exhibition and Convention’s Centre already well established position as the main location for hosting diverse international fairs that bring to the region unique fairs comparable or even outweighing similar fairs around the Globe.