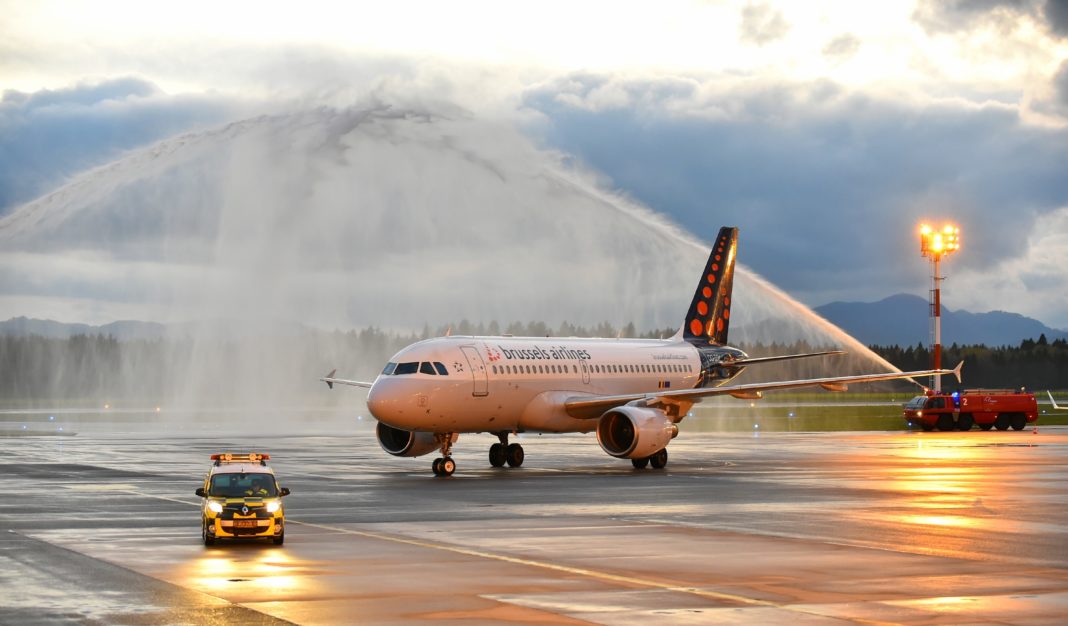 As a consequence of the Covid-19 pandemic air traffic in Europe and all over the world has been severely limited. Flights to the Ljubljana Airport are currently limited, yet flight connections with European biggest hubs are still covered with daily connecting flights from Frankfurt, Paris, Istanbul, London, Warsaw, and others.

Actual flight schedule mostly depends on border limitations and other restrictive measures in particular countries as well as on the recovery of travel demand. These airlines currently offer international flights with stated frequencies:

The start of the summer season, which came to the effect on Sunday, March 28, is still marked by a reduced volume of passenger flights due to epidemic conditions, and at the peak of the season, according to current forecasts, 15 airlines will fly to 16 destinations, namely (in addition to above mentioned):

According to current plans and improving epidemiological conditions for the revival of holiday tourism, charter traffic will run on a larger scale in the summer than last season. Travel agencies will organize trips from Brnik to the Greek islands, to Antalya in Turkey, to Sharm-El-Sheikh and Hurghada in Egypt, and to Barcelona.

The low-cost airline flydubai from the United Arab Emirates will establish a direct air connection with the Slovenian capital and Dubai on 24 September 2021. It will be possible to fly from Ljubljana to Dubai three times a week, on Wednesdays, Fridays and Sundays at 3:15 pm. Tickets are already available for purchase.

Due to circumstances changes in announcements and flights operations are happening daily, therefore we advise passengers to seek most accurate information about possibilities of flights on airlines’ websites or at point of sales where they bought their tickets. You can find more on passenger rights here.

We are also looking forward to the imminent opening of a new passenger terminal at Jože Pučnik Airport Ljubljana, which is in the final phase of construction.

Preventive measures
Things have changed in aviation in last year, but the safety of our passengers remains our top priority. Several safety measures have been introduced at the airport for the safe reception of passengers and the safe work of employees, for which we have also obtained the AHA certificate (Airport Health Accreditation), issued by The International Airport Association International Airport (ACI), which confirms that we provide safe conditions for passengers and employees. Please inform yourself about these before arriving at the airport – click here, and start your travel carefree and safe.

We’re looking forward to the days when visitors are again able to experience the pleasant heartbeat of Slovenia.